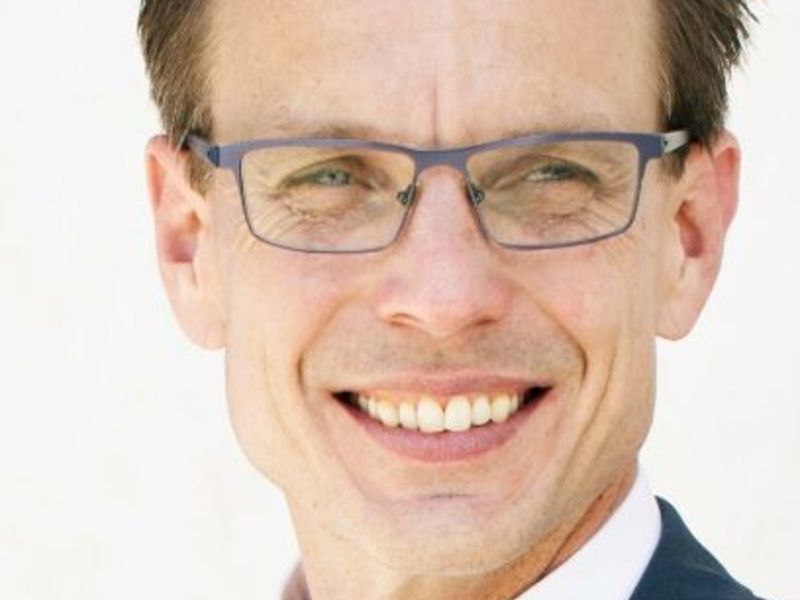 May we all soon live in precedented times. The phrase “unprecedented times” was one of the most popular of 2020 and, at this time next year, some version of our previous lives will resume. Let’s think now, though, about how to ensure it’s a more equitable version, in terms of health care and education.

Racialized health disparities are due in part to educational disparities, and I bet Zoom and its ilk can play a constructive role here. Since last March, I’ve witnessed first-hand the limits of online education. My wife is a professor, and my daughter is in high school. Some things work. (Most don’t.) But some things may work well enough to aid the college preparedness in science, technology, engineering and mathematics (STEM) of high schoolers from underrepresented groups. The long-standing issue of equity and higher education has direct implications for medicine, health care and wealth.

At colleges and universities across the country, introductory courses in biology, chemistry and mathematics are not designed to be weed-out courses — but that’s the effect, according to researchers in Science Advances.

“The take-home message here is that ‘business as usual’ is disenfranchising groups of students who belong and can thrive in STEM because of a misguided culture in which rigor is correlated with how many people are weeded out,” noted Melanie M. Cooper, a professor of science education at Michigan State University (MSU), in Chemical & Engineering News. Cooper plays a key role in the recently revised chemistry curriculum at MSU. In three years, the mean grade jumped from a C- to a B-. The number of students who earned a D, F or withdrew dropped by nearly 50%. (Preliminary data indicate that these students enroll in organic chemistry and other science courses and perform well.)

Cooper and her collaborators modeled their approach on the National Research Council’s “A Framework for K-12 Science Education: Practices, Crosscutting Concepts, and Core Ideas” (The National Academies Press, 2012). Let’s take a leap of faith and figure that this model could work for actual high school students, from underrepresented groups, as a summer program with multiple STEM disciplines.

Case Western or Cleveland State would be great places to pilot this program. To begin, get local rising sophomores interested in STEM fields to commit to an eight-week hybrid course in biology. Enroll top-notch faculty educators to design and deliver the online component in appropriately digestible chunks. Enlist graduate students or medical students to work with small groups of students in well-equipped (and well-ventilated) labs. Pay all participants a stipend. (Yes, even the high school students.) Students who pass with a B- or better are eligible to return the next summer for a course in chemistry. The same standards apply for a rising senior interested in enrolling in a summer course in physics or mathematics.

The lab instructors benefit from the experience of teaching chemistry with a focus on student success. (Colleges and universities that survive the next big contraction will be on the lookout for newly minted Ph.D.s with this experience. By some accounts, medical school training is equally ripe for a renaissance.) The benefits for the high school students include the knowledge, the confidence and the stipend. The students are also likely to draw positive attention from college admissions officers across the country — and their representatives in financial aid, too.

Additional benefits for these students and their communities may accrue over time. The typical STEM worker earns 65% more than the typical non-STEM worker, and the racial earnings gap is narrower in STEM fields than in non-STEM fields. Likewise, 2021 is year five in the crisis in the number of Black American men in medicine. “It is an American crisis,” according to Dr. Cato Laurencin and Marsha Murray. “The declining diversity of doctors reduces the quality of health care in the U.S. as a whole — for all patient populations.” The differential quality of care offered for Black American women and their newborns remains a national crisis: The mortality rate for black infants is 120% higher than the rate for white infants. (The rate for Hispanic infants is 9% higher than the rate for white infants.) The gap in life expectancy between Black and white Americans has narrowed in recent years, but largely due to the toll of the opioid epidemic on rural white communities.

Let’s tally just two players that have deep enough pockets and skin in the game. Zimmer Biomet just dropped $2 million into the arms of Empowerment Programs, Inc., the fix-it fund of the NAACP. If half the claims in a recent expose on the American Medical Association (AMA) are 25% true, the AMA has enough spare change from licensing fees alone to sponsor a full-blown program, on a national scale, for decades.

Doane is the owner of Cadence Editorial Services and a member of Ohio X.