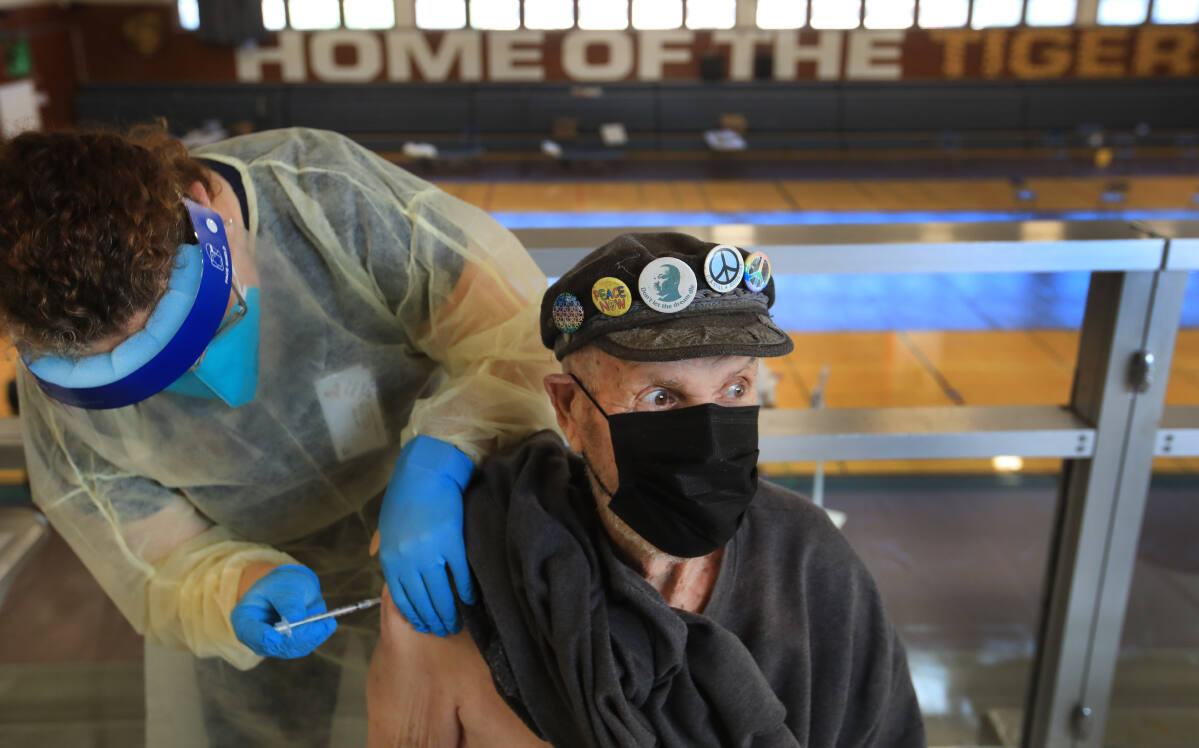 
Conscious of the risk posed to its oldest residents, the state of California originally prioritized people over the age of 75 above other seniors. In its initial vaccination scheduling system, people 75 and older were put in Phase 1B, Tier 1, while people between the ages of 65-74 were placed in Phase 1B, Tier 2.

That changed Jan. 13, when Newsom elevated all of those seniors to Tier 1. He was responding to widespread criticism that the state’s complicated ranking system was one reason the vaccine rollout was so inefficient in the nation’s most populous state. The merging of the two age levels was seen as a way to simplify.

Newsom’s announcement set up a disconnect with Sonoma County, though. Over 20% of the county’s population is 65 or older, almost double the number statewide. While counties with younger populations believe they have enough vaccine to move forward on immunizing everyone over the age of 65, Sonoma County has concluded supplies are not adequate for that at the moment.

Hospital clinics, like the one opened by Sutter this week at LBC, can set their own eligibility standards because their parent organizations procure vaccine directly from the state. But the county, which controls less than half of the doses administered locally, can set qualifications for its doses, too.

It is a life and death decision. Public health data shows that people over the age of 75 account for 65% of the COVID deaths in Sonoma County, compared to 53% statewide.

That was enough to convince Mase to hew to the more limited age criterion for Phase 1B, Tier 1, and county leaders have aligned with her.

“I don’t want the Board of Supervisors or any political group to be deciding who goes next in line,” county supervisor Chris Coursey said this week at a public board meeting. “We’re making that decision with our staff of experts, epidemiologists, people who understand that the way to save lives is to take care of the most vulnerable first. We’re going to prioritize what the experts believe is the best way to get us through this life and death situation, not who makes the most noise politically.”

Sonoma County is by no means alone. Napa, Mendocino, Marin, Solano, Humboldt and Santa Clara counties, among others, all are immunizing those 75 and older first, and Contra Costa was doing the same before recently shifting to 65+.

Sonoma County plans to make that transition, too.

Starting Monday, residents 70 and above will be able to receive the vaccine at designated county-supported clinics and 11 Safeway pharmacies, county health officials announced Friday. But the state-operated OptumServe site in Rohnert Park will for now continue to serve only 75 and older residents.

“These are our most vulnerable residents and we need to give them a head start so they wouldn’t lose out on getting a vaccine appointment,” Lynda Hopkins, chair of the Sonoma County Board of Supervisors, said during a press briefing.

Officials also announced that the county’s newest vaccination clinic would open Tuesday at the Petaluma Campus of the Santa Rosa Junior College. Supervisor David Rabbitt said initial appointments will be by invitation only and the site is expected to vaccinate some 300 people a day.

“But this could expand up to 500 per day, depending on the supply of vaccine,” he said. “In the uncertainty about the vaccine supply, we are never sure how much we received from the state week to week.”

With the change in age eligibility, officials said clinics administering the county’s vaccine supply are being encouraged continue making vaccines available to health care workers and first responders while prioritizing members of the general public 70 years of age or older. Twenty percent of their appointments are to be reserved for people 75 and over.

The current strategy raises questions, though. It’s obvious seniors 75+ are dying at a much faster rate than other subgroups during the pandemic. But they also make up an overwhelming share of residents at long-term elder care facilities, congregant settings that have proved to be breeding grounds for COVID outbreaks. Some wonder if 75-year-olds are truly that much more vulnerable than 65-year-olds if both are living independently.

About one-third of COVID deaths among the 75+ group occurred in congregant care, said Kate Pack, the county’s lead epidemiologist. But the data is incomplete. For another third of the data set, there was no information in the case files on where the deceased had been living, Pack said.