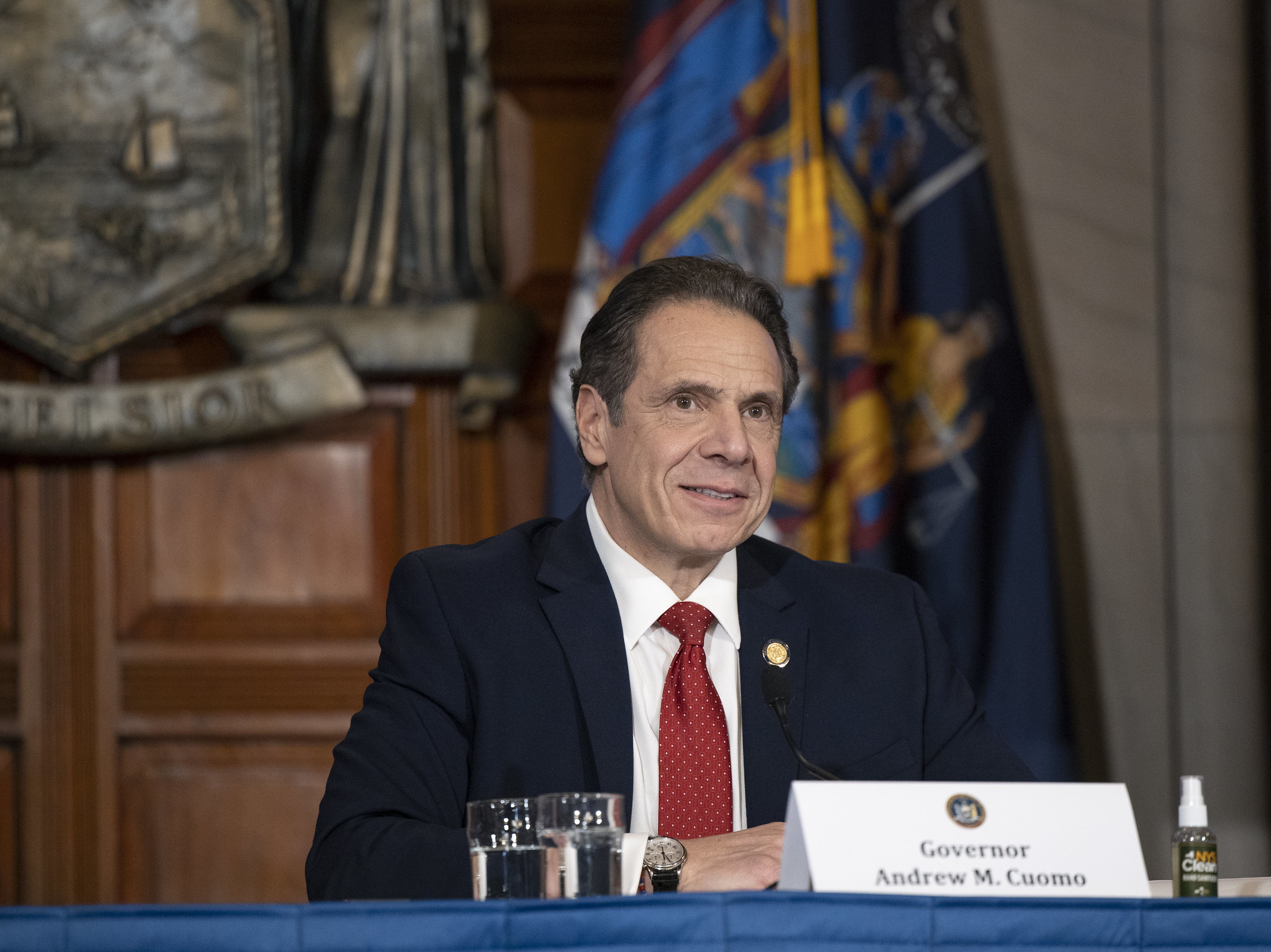 ALBANY — New York’s governor announced Friday the state will open up vaccine eligibility by Feb. 15 for people with a wide range of certain health conditions — from obesity to hypertension, cancer and intellectual and developmental disabilities — that put them at high risk of severe illness from COVID-19.

Gov. Andrew Cuomo pointed to data suggesting nearly all people who have died from COVID-19 had other serious health conditions.

“You do every group in the state when you do people with comorbidities,” he said Friday.

It was unclear how people will prove they have an eligible condition, when they can start signing up or how many people in New York will become eligible. Local governments — tasked by Cuomo with vaccinating people with health conditions — are hoping for clear state guidance, more doses and state assistance for rural counties with bare-bones public health departments.

At least 7 million people are already eligible — a figure that includes individuals over the age of 65, nursing home residents and staff and about 1.5 million health workers. It excludes hundreds of thousands of restaurant workers and for-hire drivers Cuomo said this week could be eligible if counties want to.

Cuomo has previously warned that opening up eligibility to people with comorbidities could add another 5 million people.

Cuomo said the state will provide more supply for people with comorbidities by reallocating remaining doses set aside for hospital workers. He said about three-fourths of hospital workers have received a first dose, and that hospitals have one more week to get more staff vaccinated before reallocation begins.

New York is set to receive 320,500 doses through Saturday, and Cuomo touts a promised 20% increase in shipments in coming weeks.

Still, neither increase will be enough to vaccinate everyone eligible anytime soon.

New York has used about 2 of 3.3 million doses received so far, according to the U.S. Centers for Disease Control and Prevention.

The Democratic governor’s announcement came weeks after he said on Jan. 12 that New York would accept new federal guidance to expand vaccine access to younger people with certain health problems, including those with weakened immune systems.

The governor’s announcement came a day after The Associated Press reported at least 13 states have opened eligibility to some people under age 65 with certain health conditions.

When asked about the delay, the Democrat has said it’s been tough to decide what types of conditions should push someone nearer to the top of the vaccine priority list.

Public health experts have called for more clear and uniform federal guidance on at-risk conditions, which states get to define themselves.

The CDC has provided a list of conditions that have the “strongest and most consistent evidence” of increased risk of severe illness from COVID-19.

New York’s includes all but one of the conditions on that CDC list: smoking. That’s unlike a few states, including New Jersey.

Still, New York’s list is more expansive than other states. It includes cancer that’s current or in remission, as well as people with intellectual and developmental disabilities including Down Syndrome.

People with Type 1 diabetes, liver disease and neurologic conditions, and people with immune systems weakened by HIV and immune deficiencies are also eligible. There’s consistent but limited research on whether those conditions put people at higher risk, according to CDC.

And New York’s list includes asthma, hypertension, cerebrovascular disease or use of immunosuppressive medications. Similar research on whether those conditions are high-risk has been inconclusive.

Cuomo has said New York can’t wait to reopen its economy until everyone is vaccinated, and has instead lifted many COVID-19 economic restrictions as new cases drop following a winter surge.

Still even as cases drop, New York reports more cases, hospitalizations and deaths than most other states: including over 62,000 new cases and 1,000 deaths in the last seven days.

Also Friday, a judge temporarily lifted the state’s 10 p.m. curfew for 91 restaurants and bars in western New York, enabling them to stay open for Super Bowl business Sunday and beyond while their case moves through court. Cuomo’s administration is reviewing the decision.

Acting State Supreme Court Justice Timothy Walker granted a temporary restraining order, saying the businesses challenging the curfew had “demonstrated a reasonable likelihood of success” in showing it will cause irreparable harm.