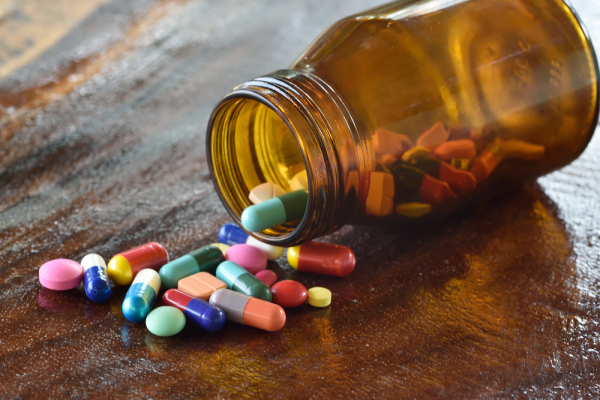 Robotic process automation (RPA) has found a strong foothold in the world of enterprise IT through its effective use of AI and other technology to help automate repetitive tasks to free up people to focus on more complicated work. Today, a startup called Infinitus is coming out of stealth to apply this concept to the world of healthcare — specifically, to speed up the process of voice communication between entities in the fragmented U.S. healthcare industry.

Infinitus uses “voice RPA” to become the machine-generated voice that makes calls from, say, healthcare providers or pharmacies to insurance companies to go through a series of questions (directed at humans at the other end) that typically need to be answered before payments are authorized and other procedures can take place. Those conversations are then ingested into Infinitus’s platform to parse them for relevant information that is input into the right fields to trigger whatever actions need to happen as a result of the calls.

The startup is coming out of “stealth mode” today but it has been around for a couple of years already and has signed on a number of large healthcare companies as customers — for example, the wholesale drug giant AmerisourceBergen — and is in some cases contributing its technology to public health efforts around the current coronavirus pandemic, with one organization currently using it to automate a mass calling system across several states to get a better idea of vaccine availability to help connect the earliest doses with the most vulnerable groups that need them the fastest.

Infinitus’ public launch is also coming with a funding kicker: it has picked up $21.4 million in Series A funding from a group of big-name investors to build the business.

The round is being co-led by Kleiner Perkins and Coatue, with Gradient Ventures (Google’s early-stage AI fund), Quiet Capital, Firebolt Ventures and Tau Ventures also participating, along with individual investments from a selection of executives across the worlds of AI and big tech: Ian Goodfellow, Gokul Rajaram, Aparna Chennapragada and Qasar Younis.

Coatue is shaping up to be a huge investor in the opportunity in RPA. Earlier this week, it emerged that it co-led the latest investment in UiPath, one of the leaders in the space, having been a part of previous rounds as well.

“Coatue is proud to have led the Series A in Infinitus,” says Yanda Erlich, a general partner at Coatue. “We are big believers in the transformative power of RPA and Enterprise Automation. We believe Infinitus’ VoiceRPA solution enables healthcare organizations to automate previously costly and manual calls and faxes and empowers these organizations to see benefits from end-to-end process automation.”

The problem that Infinitus is addressing is the fact that healthcare, in particular in the privatized U.S. market, has a lot of time-consuming and often confusing red tape when it comes to getting things done. And a lot of the most immediate pain points of that process can be found in voice calls, which are the primary basis of critical communications between different entities in the ecosystem.

Voice calls are used to initiate most processes, whether it’s to obtain critical information, follow up on a form or previous communication, or pass on some data, or of course provide clearance for a payment.

There are 900 million calls of these kinds made in the U.S., with the average length of each call 35 minutes, and with the average healthcare professional who works in an administrative role to make those calls dedicating some 4.5 hours each day to being on the phone.

All of this ultimately adds to the exorbitant costs of healthcare services in the U.S. (and likely some of those inscrutable lines of fees that you might see on bills), not to mention delays in giving care. (And those volumes underscore just what a small piece Infinitus touches today.)

Founder and CEO Ankit Jain — a repeat entrepreneur and ex-Googler who held senior roles in engineering and was a founding partner at Gradient at the search giant — told TechCrunch in an interview that the idea for Infinitus first occurred to him a couple of years ago, when he was still at Gradient.

“We were starting to see a lot of improvements in voice communications technology, turning text into speech and speech into text. I realised that it would soon be possible to automate phone calls where a machine could carry out a full conversation with someone.”

Indeed, around that time, Google itself had launched Duplex, a service built around the same principle, but aimed at consumers, for people to book appointments, restaurant tables and other services.

He determined that just being able to talk like a human and understand natural language wasn’t the only issue, and not even the main one, in enterprises applications like healthcare environments, which rely on specific jargon and particular scenarios that are probably less rather than more like actual human interactions.

“I thought, if someone wanted to build this for healthcare it would change it,” he said. And so he decided to do just that.

Jain said that Infinitus is using public cloud speech to text systems but the natural language processing and flows to triage and use of the information gained from the conversations are built in house. The specialization of the content and interactions potentially is also one reason why Infinitus might not worry so soon about cannibalization from bigger RPA players, at least for now.

The fact that services like these — the new generation of robocalls, as it were — can sound “lifelike”, like actual humans, has been something that consumer versions have aspired to, although that hasn’t always worked out for the best. Duplex, for example, in its early days came under criticism for how its excellent quality might actually be deceptive, because it wasn’t clear to users they were speaking to a machine logging their responses in a data harnessing exercise. Jain notes that Infinitus is actually intentionally choosing voices that sound like bots to help make that clear to those taking the calls.

He said that this also “helps reduce the level of chatter” on the conversation and keeps the person speaking focused on business.

On that front, it seems that while Infinitus works like other voice RPA services, connected up with live, human agents who can take over calls if they get tricky, that hasn’t really needed to be used.

“Today we don’t need to triage with humans because we see high enough success rates with our system,” he said.

You might wonder, why hasn’t the healthcare industry just moved past voice altogether? Surely there are ways of exchanging data between entities so that calls could become obsolete? Turns out that at least for now that isn’t something that will change quickly, Jain said.

Part of it is because the fragmentation in the market means it’s hard to implement new standards across the board, covering hundreds of insurance payers, healthcare providers, pharmaceutical groups, billing and collections organisations and more. And when it comes down to it, a phone call ends up being the easiest route for many admins who might have to typically deal with 100 different payment companies and other entities, each with a different logging mechanism. “It’s a lot of cognitive load, so it’s often easier to just pick up the phone,” Jain said.

Bringing in voiceRPA like Infinitus’s is part of that long haul to update the bigger system.

“By automating one side we are showing the other side that it can be done,” Jain said. “Right now, there are just too many players and getting them to agree on one standard is a gargantuan task, so trying to win one small piece after another is how it’s done. It should not be voice, but by the time standards bodies agree on something else, the world has moved on.”