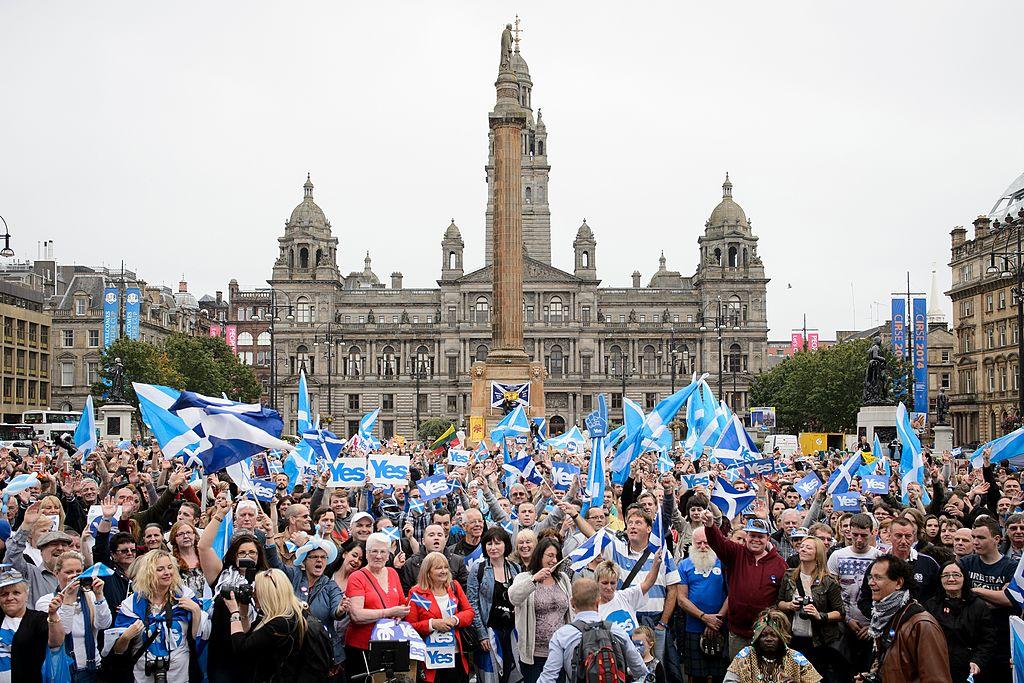 But let’s take this head on. The impact of separation on Scotland’s communities would be devastating for families, our economy and public services.

If there was any lingering suspicion that Scottish nationalism is progressive, this week’s report from the world-renowned experts at the London School of Economics has ended it.

They conclude that leaving the UK would hit our economy three times harder than Brexit, with an income loss of up to £2,800 per person.

The i newsletter cut through the noise

And that’s before considering the impact of scrapping the pound, introducing a new Scottish currency, and dealing with the fiscal deficit.

Separating from the UK would be a folly that would hit the most deprived communities hardest.

It’s the last thing our country needs as we cope with Covid and the Tories’ reckless Brexit.

In light of these hard facts, you would think SNP politicians would have second thoughts and put their constituents ahead of separation.

But no, the SNP is using precious parliamentary time for a Referendum Bill, with Constitution Secretary Mike Russell suggesting there could be a second divisive referendum before Christmas.

Has he not noticed we’re in the midst of a pandemic that is costing lives and livelihoods?

It would be an insult to all those who have sacrificed so much if we devote time, scarce money and resources in the next parliament on another referendum.

My colleague Anas Sarwar has rightly said the next parliament must be a ‘Covid Recovery Parliament’ with that as its sole focus.

I will be voting for Anas as our party’s next Scottish leader and encourage Labour members across Lothian to back him.

He’s determined to rebuild Scottish Labour so that we can become a credible opposition which holds the SNPs feet to the fire and keeps them focused on your priorities, like child poverty.

More than 220,000 children across the Scotland are now living in poverty, around a quarter of the child population.

That has risen by 20,000 in just four years as a result of SNP and Tory austerity.

In Edinburgh, there were 15,295 children in poverty as of 2018/19, and that number will have rocketed as a result of the pandemic.

This was compounded by the slashing of funding by the SNP for our city council that provides a range of services which help to alleviate deprivation in recent years.

Revenue funding across Scotland’s councils has been slashed by a staggering £937 million in real terms since 2013. Independence would only make this situation much worse.

Anas Sarwar has set out a plan to immediately lift 60,000 children out of poverty by using Holyrood’s current powers to double the Scottish Child Payment and introduce a top-up benefit for families with disabled children or parents. He has also demanded a fair deal for local services.

This is the kind of progressive thinking that MSPs’ minds should be focused on, not the SNP’s reckless plans to inflict further economic pain on those that can least afford it.

A message from the Editor:

Thank you for reading this article. We’re more reliant on your support than ever as the shift in consumer habits brought about by coronavirus impacts our advertisers.

If you haven’t already, please consider supporting our trusted, fact-checked journalism by taking out a digital subscription.