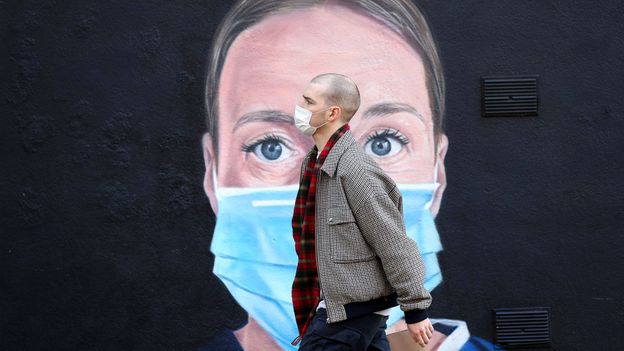 
National commemoration is more important still. In offering meaning-making and a channel for grief, it processes mass trauma on its own scale. A top-down commemoration is only enhanced when combined with bottom-up approaches – art, local memorials, digital archives, and simply people’s personal memories – now more shareable than ever with the second-by-second of social media.

Covid-19 commemoration efforts are underway and already appear promising. In the UK, amid the complexity and muddied character of the pandemic, the national narrative looks set to centre on the role of the NHS and key workers: a meaning-making framework both cross-partisan, deeply symbolic, and rich with social lessons. As well as the real-time commemoration of the “Clap For Carers”, a moment of silence was declared for the evening of 4 July, prior to the NHS’s birthday the following day. There have been calls for a “999” monument in central London, a monument to NHS workers at the National Arboretum, and a memorial to deceased transport workers at Victoria Station.

Together with Katharine Millar and Yuna Han at LSE, though, Bayly is keen for Covid-19’s “common dead”, the greater mass of national trauma, to be explicitly recognised, too. They’ve recommended a national Covid-19 remembrance day for the UK next year as a “key area for government policy”.

“We’re really keen that it would be a day people are not expected to work,” says Millar. The government hitting the national pause button “would be an effective way to formally hold base in the public conversation and collective experience to recognise loss and trauma and suffering”. Plus, the pandemic has been so sustained, so long-tailed, that it badly needs a “bookend”, Millar suggests. It would be a deadline to mark a horizon, and balance the past and future.

Covid-19 is a mass trauma the likes of which we’ve never seen before. Our most complex social extensions, and the building-blocks of our personal realities, have been coloured indelibly. The ways we live and work together, and view each other as common citizens: everything means something different in the viral era, and with potentially traumatic effect.

All pandemics end, however. And this one will. But to forget the trauma, move on, and pay it no mind, won’t help. It’d be a disservice to history and our own minds. Maybe to the future, too.

If you liked this story, sign up for the weekly bbc.com features newsletter, called “The Essential List”. A handpicked selection of stories from BBC Future, Culture, Worklife, and Travel, delivered to your inbox every Friday.