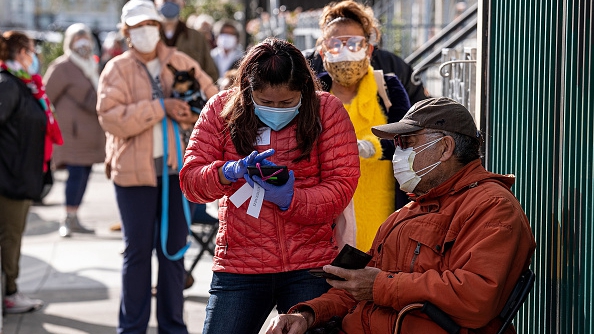 Editor’s note: Djoomart Otorbaev is the former Prime Minister of the Kyrgyz Republic, a distinguished professor of the Belt and Road School of Beijing Normal University, and a member of Nizami Ganjavi International Center. The article reflects the author’s views, and not necessarily those of CGTN.

The COVID-19 pandemic has exposed massive deficiencies in healthcare systems around the world. However, not everywhere. Many Asian and African countries have been much more successful in flattening the curve and preventing deaths. Once the pandemic is put under control, it will be critical not to lose the institutional memory. Probably the temptation to return to business as usual will be vital. But the reality is that there is simply no return to traditional models of health care.

An essential feature of the current pandemic crisis is that it has been carefully documented. In many countries, and for many months, detailed studies have been carried out to assess how it proceeded, what achievements and mistakes were made, what methods various countries and regions used to combat the disease. Surely soon, we will witness in-depth research and significant organizational and scientific results. But some preliminary conclusions can already be drawn.

First, it should be recognized that the pandemic has exposed systemic errors in assessing the quality of healthcare systems. Moreover, this happened in developed countries that define and establish those “standards and principles” used almost everywhere. The health systems in those countries were unprepared to fight the disease and were on the verge of collapse due to misguided guidelines and flawed standards. This led to numerous deaths, an unprecedented fall of the world’s economy, a drastic increase in poverty.

Just one example. The Global Health Security (GHS) Index, which uses 85 indicators to assess each country’s preparedness for a pandemic, was considered the best health security indicator.

At the end of 2019, the U.S. health care system was ranked best of all 195 countries, with the UK ranking second. The GHS Index ranked Brazil and Chile as being among the world’s most prepared. Yet, since the pandemic began, these countries have delivered the worst outcomes. The U.S. leads the world in both total cases and total deaths; Brazil’s fatalities are second. Chile’s per-capita cumulative case rate is the second-highest in Latin America, and the UK has the highest rate of COVID-19 deaths per capita of all the G7 countries. The same GHS index put Vietnam in 50th place and China in 51st. It is a complete nonsense! Now everyone knows that namely these countries have become the most successful in the fight with the pandemic.

Everyone can see that the given assessments of the “best health security indicator” were either wholly unprofessional or downright corrupt. Just a few weeks after the pandemic’s start, the data of this “prestige” index altogether ceased to correlate with the actual rates of illness and death. 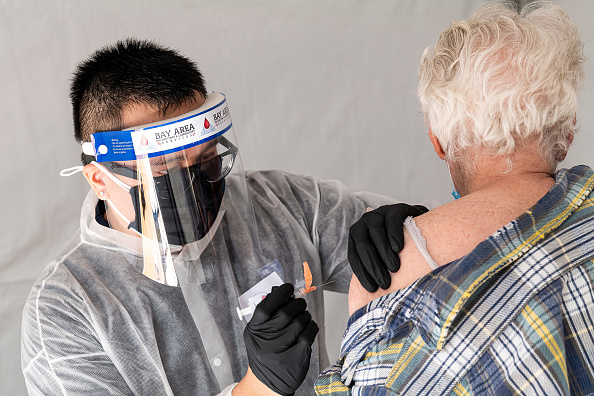 A healthcare worker administers a dose of the Moderna COVID-19 vaccine at a walk-up vaccination site in San Francisco, California, U.S., Feb. 3, 2021. /Getty

A healthcare worker administers a dose of the Moderna COVID-19 vaccine at a walk-up vaccination site in San Francisco, California, U.S., Feb. 3, 2021. /Getty

What might explain these staggering failures? Where did the institutions, social hierarchies, ideologies, and governance principles come from that became essentially corrupt? Many experts agree that those indices were developed and exploited by a privileged few for their interests at the expense of broad human needs.

The index has been prepared by the Johns Hopkins Center for Health Security, the Nuclear Threat Initiative (NTI), and the Economist Intelligence Unit (EIU). Is it a coincidence that all these organizations are located in the U.S. or in the UK? Is it correct that they were founded with the support of these states’ governments and large corporations? Isn’t it time to start involving multilateral institutions like the World Health Organization in this critical activity?

By publishing a wrong rating and praising these countries’ governments, the GHS has done these very countries a disservice. Perhaps some of those millions of cases and hundreds of thousands of deaths resulted from these countries’ unpreparedness could be avoided.

COVID-19 will neither be the last pandemic nor the worst. In an interview with the Süddeutsche Zeitung, Microsoft founder Bill Gates said that the next pandemic could be ten times worse than the one brought by the SARS-CoV-2 virus. Humanity needs to start preparing for a new pandemic now. Not biased, but real and multilateral pandemic readiness criteria must be developed.

The current tragic situation underlines the dangers of ignoring our interdependence and the critical importance of global cooperation. It shows us that all of humanity is in the same boat. Since a virus can only be defeated somewhere when it is defeated everywhere, it shows that it is absurd to pretend that we can achieve security in isolation, within the confines of our nation, culture, religion, or class.

Perhaps soon, when the vaccine can be purchased online, people may again begin to forget that a pandemic is a social phenomenon. There is potentially a future in which humanity’s immune system learns from COVID-19, but its collective consciousness does not. It would be a dangerous development.

History is likely to remember the COVID-19 pandemic as a catastrophe that happens once a century. But this pandemic should be the catalyst for the transformation of failed health systems. The pandemic has exposed profound drawbacks in these systems, stemming from their organization and funding principles, reflecting individualism, not solidarity. These flaws are tragically personalized in a story told by a New York City anesthesiologist who memorized the dying words of one of her COVID-19 patients when he was placed on a ventilator: “Who will pay for this?”

(If you want to contribute and have specific expertise, please contact us at opinions@cgtn.com.)