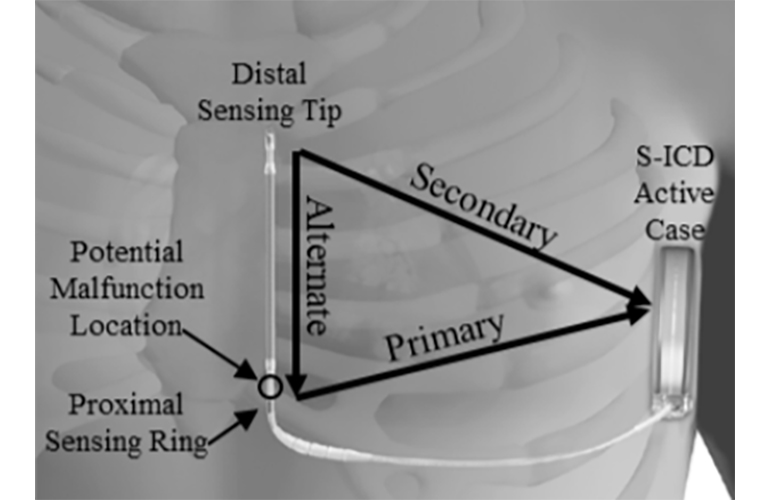 The FDA today declared the recall of a Boston Scientific subcutaneous electrode used in implantable cardioverter defibrillators (ICDs) as Class 1, the most serious.

The company warned physicians in December 2020 that approximately 47,000 Emblem S-ICD1 subcutaneous electrodes (model 3501) may fracture. Boston Scientific said at the time that it had received 27 reports of electrode body fractures at a location just distal to the proximal sense ring in devices distributed worldwide since 2017. One patient died, the company said.

Separately, the FDA reported there had been 26 reports of serious injuries and said its recall covers 19,919 units of the devices distributed in the U.S.

Such fractures may lead to “inappropriate shock therapy (IAS) in select programmed sense configurations,” the company said in December. If high-voltage conductors fracture, an electrode will be unable to deliver defibrillation therapy to slow rapid heartbeats from cardiac arrest and a high-impedance alert will go off.  The likelihood of potential for life-threatening harm is 1 in 25,000 (0.004%) at 10 years, according to the company’s advisory.

“We continue to actively investigate and monitor events associated with this advisory,” Boston Scientific spokesperson Katie Schur told MassDevice in an email today. “There have been no additional reports of patient death. We will continue to report to FDA and other applicable government agencies in accordance with regulations.”

This article has been updated with comments from Boston Scientific.