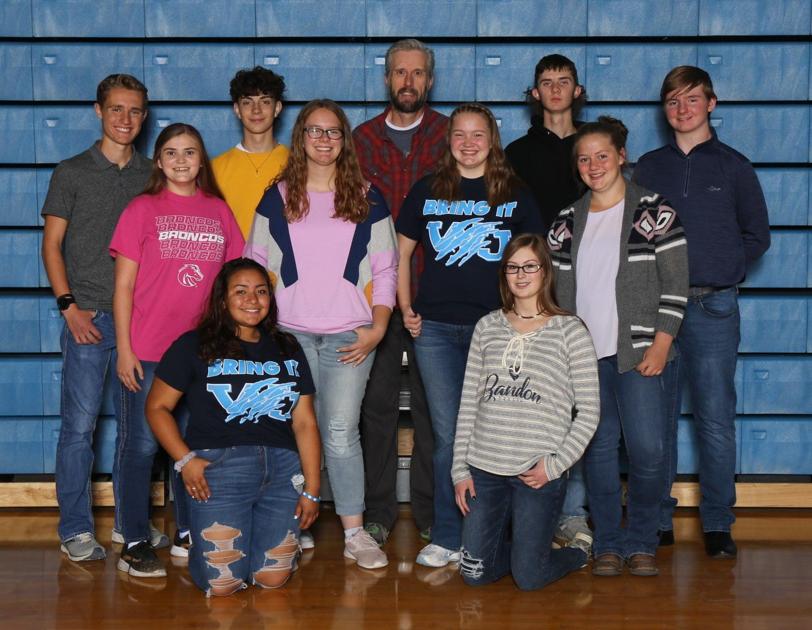 Business Professionals of America chapters from local school districts recently competed at the regional competition, resulting in students from Ririe, West Jefferson and Rigby taking first in several competitions and qualifying for the state competition.

For Hayes, this is his first year teaching and working with BPA as an advisor after having competed in BPA as a high schooler himself. Hayes said that the experience of doing virtual competitions is hugely different from competing in physical competitions with having to keep track of correct Zoom meeting logins, getting everyone set up with working audio and visual equipment and more.

“I think as a student this wasn’t nearly as stressful,” Hayes said. “But it’s also more gratifying though to see them prepare and then turn around and get wins.”

West Jefferson Advisor Paul Stembridge said that he thinks the club is doing great with their performance and that BPA has a good group of students this year.

“I couldn’t be prouder,” Stembridge said. “We compete against bigger schools and the kids really hold their own. We’re just trying to anticipate in any challenges [with state] and move forward in confidence.”

Stembridge has been the BPA advisor for West Jefferson since 2008, with the exception of the previous two years, and said that they usually have at least one student qualify for the national competition and several students place nationally.

“I’m proud of them putting in the time and dedication it takes,” Stembridge said.

BPA was first established in 1996 with the goal of preparing students professionally, “…providing the tools, skills and experiences students need to compete, succeed and thrive in the business world,” according to their website, bpa.org.

“We have had a wonderful year despite COVID and having to compete virtually,” said Rigby Chapter Advisor Lori Mecham. Rigby’s chapter had 15 first place achievements, with several students taking first in more than one category.