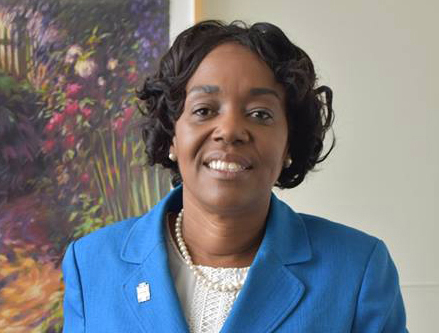 
The Marin County Department of Health and Human Services has made advances on its plan to achieve health equity, its director said.

The implementation has included improved community engagement, efforts to streamline enrollment for state and federal social programs and efforts to promote kindergarten readiness and performance in high school, said Benita McLarin, the department’s chief since September 2019.

“These efforts reflect our belief that racism is a public health and social crisis,” said McLarin, whose department has 750 employees and a budget of $210 million.

“Across the United States and here in Marin County, structural and institutional racism is a root cause of unjust inequities in all facets of life — jobs, income, housing, education, etc.,” McLarin said. “These inequities lead to disparities across multiple health and well-being outcomes.”

McLarin said the most consequential action the department has taken so far is to educate its employees about their own racial bias.

“There is a lot of foundational work that has to be done,” McLarin said, “for all of us to learn where our biases are.”

Thirty of the department’s top executives are attending monthly labs to expand their “capacity to create and lead an anti-racist organization,” said McLarin.

“Racial sobriety addresses the concept that we have to be aware of, the racist ideas that may have been ingrained in us by our larger culture,” said Aimee Reedy, who was hired as the department’s chief strategy officer in December 2019 at an annual salary of $96,969.

“They use the word sobriety,” Reedy added, “because the idea is you have to recover from having these ideas.”

The department is also seeking to hire its own “equity manager,” who will be paid a starting annual salary of $105,348.

McLarin, reporting to the Board of Supervisors last week, said she began work on implementing the strategy shortly after being hired, but she had to put the project on hold briefly when the coronavirus pandemic hit Marin in March.

“In July 2020, we thought we were in a place to relaunch our action teams,” McLarin said.

McLarin said the department is not tracking the number of employee hours being spent on the equity initiative or its total cost.

Reedy said there are six teams of department employees directly involved, and each team has eight to 15 employees. The employees perform the equity work in addition to their normal assignments.

In August, McLarin told supervisors that the department lacked the capacity to continue a food distribution program operated by local restaurants, even though the program was funded by the state and federal government.

“We are really overly stretched at this time as a department,” McLarin said at the time. “We have found ourselves not only fighting the COVID-19 pandemic but also getting ready to support fire season.”

One of the department’s teams is partnering with Marin Promise to promote kindergarten readiness and healthy child development through home visits. Marin Promise is a network of 100 school districts, community members and nonprofit organizations committed to strengthening Marin’s schools and educational support services for children.

McLarin said it is unusual for a department whose focus is providing health services to involve itself in education.

“In order to make an equity impact we really needed to understand that these issues start early,” she said.

Another of the department’s equity teams is focused on developing “an improved request for proposal process to expand opportunity and inclusion for potential contractors,” according to materials in a presentation McLarin made to the supervisors. The stated goal is to develop a request for proposal structure that “incorporates racial equity outcome requirements in contracts.”

When asked if this would result in non-White contractors receiving preferential treatment in the awarding of department work, McLarin said, “I don’t know how to answer that question, except to say we have to follow the laws and the rules of contracting for the county and for the state. Our goal is to get more information out to each person that might be interested in applying. Not everybody knows how to use the system.”

During the public comment that followed the presentation, Rollie Katz, executive director of the Marin Association of Public Employees, said, “Many of our members are disappointed that the county’s commitment to equity doesn’t always follow through when it comes to the employment relationship.”

For example, Katz said, some county employees are rewarded for their bilingual skills with higher pay and retirement benefits while others are not.

The supervisors complimented McLarin on her efforts so far. Supervisor Stephanie Moulton-Peters encouraged McLarin to include more information about desired outcomes of the initiative in future presentations.

Moulton-Peters said, “I found myself asking, ‘What are we hoping to achieve?’”