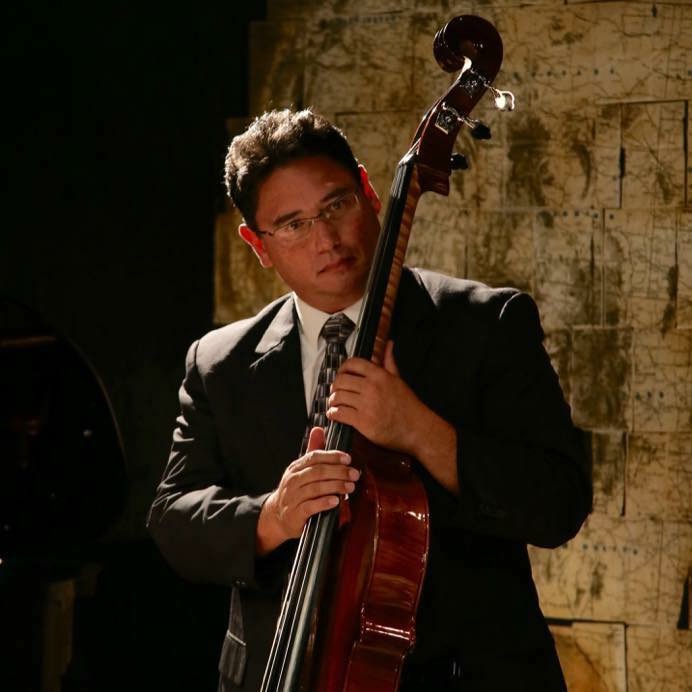 
John Kolivas had worked so hard to set up his life. A professional musician who had played for years on Broadway, Kolivas came home to Hawaii to raise a son and daughter with his wife, Deanna. He played bass in the Hawaii Symphony Orchestra, recorded and performed with the Honolulu Jazz Quartet, taught at Punahou School, his alma mater, toured the world with Keola Beamer. It’s the artist’s dream to have the art that you love support the life that you love, and Kolivas had done it for years.

The gigs stopped last March when the pandemic took hold of the world. For Kolivas, it was like a spigot had been turned off. 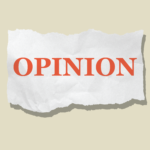 The Hawaii Symphony turned to virtual performances and got a PPP loan to pay its musicians through the end of the 2019-2020 season. “We were so grateful,” Kolivas said.

Punahou School stopped in-person classes in March of 2020. “To the school’s credit, they keep paying teachers all the way through the school year, plus covered our medical insurance,” Kolivas said.

But as a part-time teacher with multiple jobs, collecting unemployment was complicated. “Unemployment treated me as a full-time teacher, but I was paid per student and per class, not salaried,” he said. “In summer, I wasn’t paid.”

He got one check for $800 from the PUA (Pandemic Unemployment Assistance) program, meant for people who are self-employed, but then was told he didn’t qualify because of his teaching position.

During the summer, it became apparent that he would not be back to his usual schedule come fall. He applied for a program through Wells Fargo to get forbearance on his mortgage. He applied for an SBA loan for independent contractors and got some assistance. Through the Henry Kapono Foundation, he got a $500 gift card from Foodland for groceries. “That was great,” Kolivas said. He and his wife have their real estate licenses and made two sales over the summer.

But he had no gigs at all.

By the fall, Kolivas decided he had to come up with other ways to survive and take care of his family.

“I tried to find a job that paid the most with no experience,” he said. He saw that the U.S. Postal Service was hiring mail carriers for $17 an hour plus the cost-of-living adjustment for Hawaii, which would bring the rate close to $21 an hour. Kolivas applied online.

He started at the end of October as a city carrier assistant, or CCA, assigned to the Waialae Kahala Post Office. The first month was spent training in a program called “carrier academy.” After that, he was out delivering mail, working 10 to 12 hours a day, with a day off every 12 days. Most days, he started work at 5 a.m. On Sundays, he’d start at 4:30 a.m. because, as he learned, that’s “Amazon Day.”

“I had no idea what I was in for,”said Kolivas, who will turn 60 next month. “I never worked so hard in my life. Physically, I lost 20 pounds. Mentally, it’s so hard. You’re trying to learn so much. It’s unbelievable what mail carriers do.”

He’d start the day sorting and organizing his truck. Then, he’d head out with a full load, trying to remember where everything went. “On your route, you’re by yourself with a hundred boxes, and you have time to think,” he said. “I thought about my wife and my kids.”

In the third week of January, Kolivas was let go. He didn’t pass his probation period because he wasn’t fast enough on his route.

The morning after he was terminated, he went back to the station so he could shake hands with everyone there, say goodbye and tell them how much he appreciated them. “Everyone had been so helpful and kind,” Kolivas said. “They always answered any questions I had. I really loved getting to know them. I thanked them for their support.” 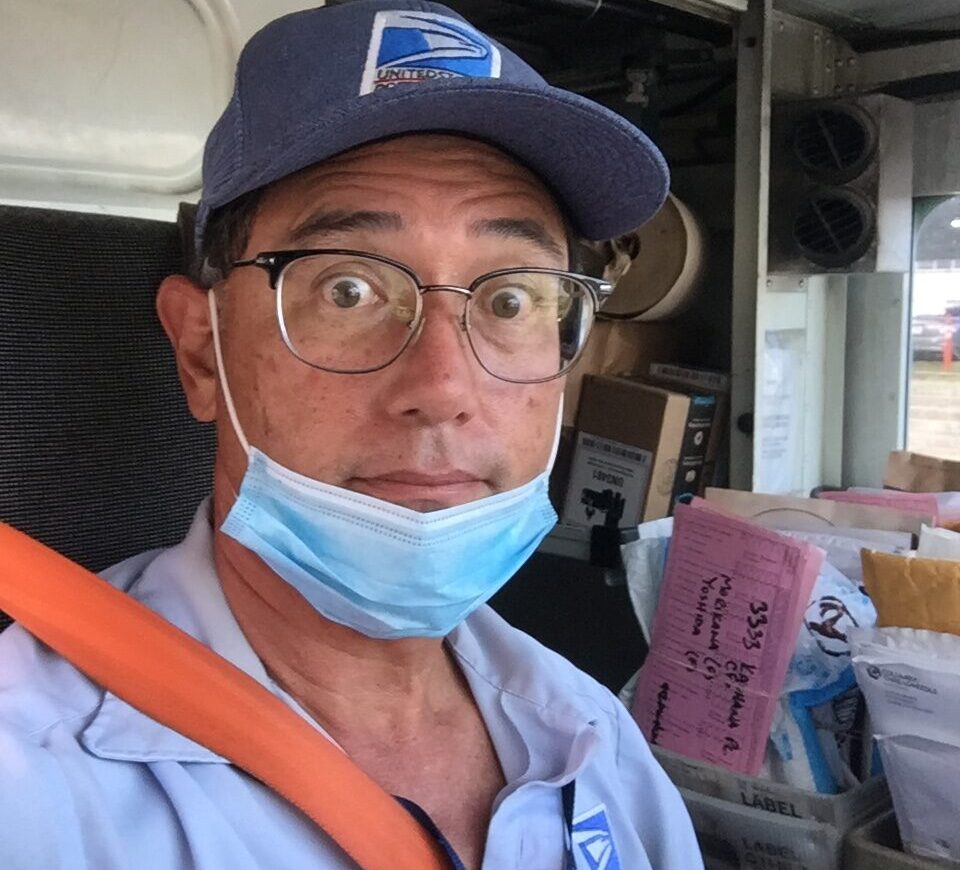 Professional musician John Kolivas worked for the U.S. Postal Service for three months, trying to make ends meet during the pandemic, when all his gigs dried up. He didn’t pass probation because he wasn’t fast enough.

He hadn’t posted anything on social media about his job with the post office until it was over. He included a photo of himself in uniform and a note thanking his former co-workers for their kindness. He also asked friends if they knew of other job openings.

A high school classmate saw his post and contacted him, saying there was an opening where she worked. Kolivas applied for the job, went for an interview and was hired by an electrical contractor. He will be doing office work, ordering materials for the electricians, going out in the field to check on what is needed at various jobs. He says it’s a blessing from God.

“That way we know we can make ends meet,” he said. “I don’t even have a co-pay for my medical insurance.” He’s looking into Obamacare for his daughter and wife, both of whom are cancer survivors.

He has two gigs this month at Medici’s in Manoa, one on Feb. 10 with the Honolulu Jazz Quartet, and on Feb. 14 with Shari Lyn. Medici’s is holding these performances live and in person with reduced occupancy, protective barriers and social distancing.

“Music has been my life for more than 40 years,” he said. “That’s where my heart is. But you do what you have to do.”

Sign up for our FREE morning newsletter and face each day more informed.