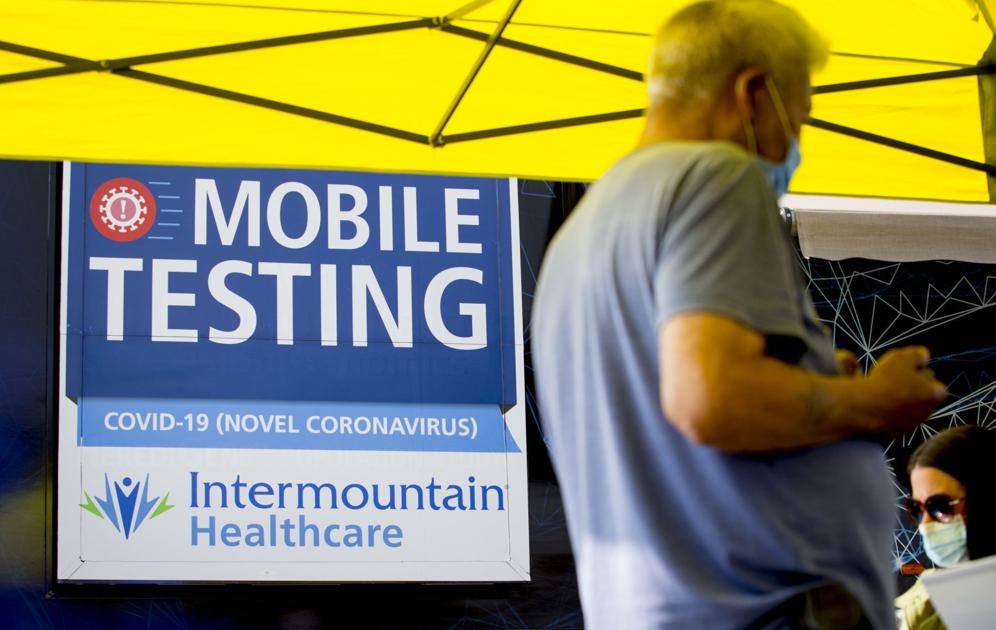 Intermountain Healthcare announced on Tuesday that the system has processed 1 million COVID-19 tests, a significant milestone according to officials.

“The significance of this milestone is that testing is essential for the monitoring and control of the pandemic,” said Dr. Sterling Bennett, central lab medical director for Intermountain, “and our testing capabilities reflect Intermountain Healthcare’s commitment to helping people live the healthiest lives possible, even in a pandemic.”

Sterling recounted from the beginning of the COVID-19 pandemic, when Intermountain began to prepare for testing needs, administering the first PCR test just two weeks after FDA authorization. He added that the process would normally take up to three months.

Along with the expansion of testing capabilities came the need for widespread testing across the state, something Intermountain put into place so that communities in the state could have access to COVID testing well ahead of most of the nation, according to Bennett.

“Now we have the capability of running more than 7,000 tests per day and between 90% and 95% of all our PCR tests are completed in less than 24 hours from specimen collection,” Bennett said. “It took us seven months to reach half a million tests but only three months later we’ve reached this 1 million test milestone.”

The laboratory aspect of the hospitals often goes unseen, but during the COVID-19 pandemic it has been thrust into the spotlight.

Tara Hall, a molecular pathology manager for Intermountain, said that the dedication, professionalism and hard work of laboratorians has been toward providing answers in treatment and diagnosis.

“COVID has provided a very unique opportunity for us to provide support to the community, and we are very proud of the work that we have produced this last year,” Hall said. “We started developing a test in the very last week of February and we pushed through and did that in record time without compromising any of our standards or cutting any corners.”

Hall said it has been a tough year for lab workers, but they are pushing through knowing that their work is helping communities during the COVID-19 pandemic.

Dr. Burt Lopansri, medical director for the Microbiology Lab and associate medical director of the Infectious Disease Division, characterized the efforts as a monstrous undertaking with many groups and people helping to make it possible.

His message focused on the various types of testing, making sure that people are aware of the pros and cons between molecular testing and antigen testing.

While the antigen testing is being increasingly used, it only detects bigger fragments of the virus. Without an amplification step, the test is less sensitive, less accurate and more prone to false negatives. It does have advantages through its speed, the ease of use and the ability to be more widespread in the community.

“Within our organization, the main tests that we use are the molecular tests,” Lopansri said. “We have started to roll out antigen tests in our emergency rooms. All of our emergency departments have the capacity to do antigen tests, and we’re going through planning to roll it out a little more broadly into the community to our urgent care centers.”

He went on to say that there is currently a foot race going on between vaccine administration and the emergence of variants from the virus.

While the vaccine is giving some hope of a return to normal in the future, steps still need to be taken to limit the spread of COVID-19 while monitoring the spread of those variants.

“There is a lot of things to be optimistic about, we are in a better place than we were a year ago, but we have some work ahead of us still,” Lopansri said. “It’s very important for us to maintain use of masks, social distancing and doing the right thing to prevent the spread of this virus in the communities. Avoiding large crowds, especially in closed, confined spaces with poor ventilation is very important to do. If you are sick, go get tested, isolate away from others and know the test you are getting. There is no such thing as a perfect test, so if you are sick it is very important to isolate away from others until you improve.”