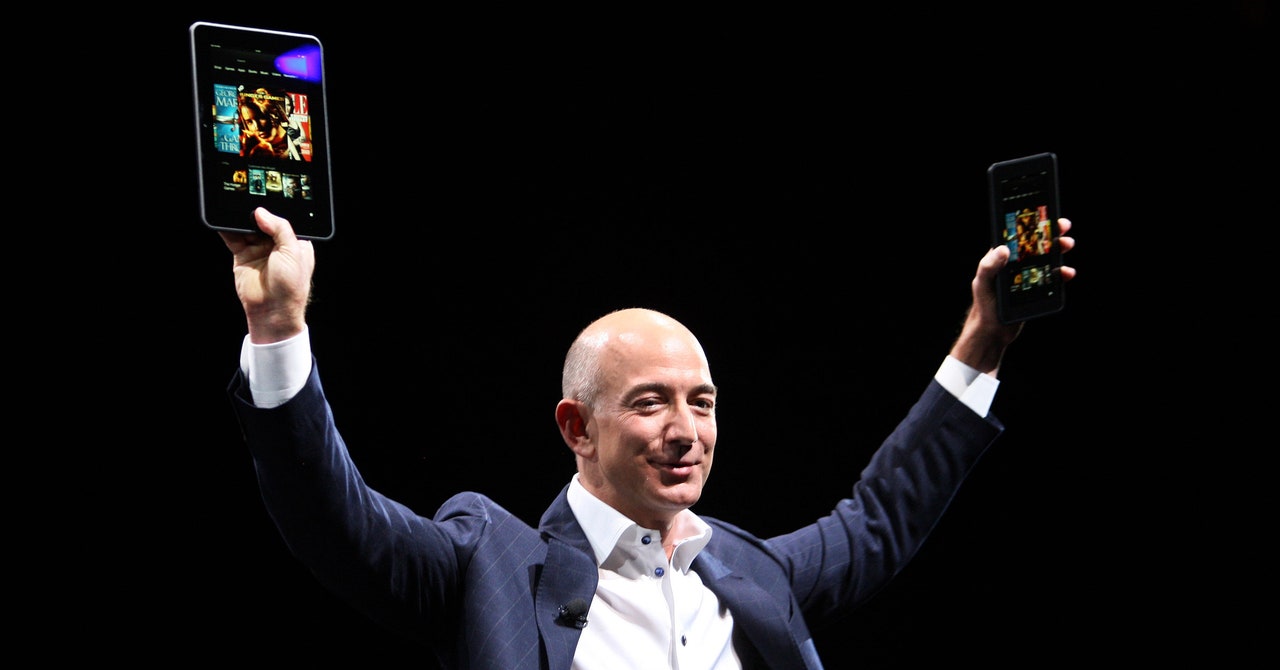 
This isn’t hardware, per se, but Alexa has proven to be one of Amazon’s biggest moves in the consumer product space. And the now-ubiquitous voice assistant debuted inside the first Echo speaker. It came along a full five years after Siri, but on arrival, Alexa was markedly more useful and fun than Apple’s own voice assistant because it could reach much further into the internet’s knowledge banks.

The first Echo speaker is also the device that made Alexa a household name and brought conversational computing to the masses. Ask a question, get a response? It seemed novel at the time, but it also clearly pointed to the future. And it became the future quite rapidly after Amazon began pumping out dozens of Echo variants and licensing the voice tech in ways that allowed other hardware manufacturers to put Alexa into their own speakers … and alarm clocks, light bulbs, shower heads, microwaves, headphones, and smart watches. Sure, Alexa’s limitations as a conversation partner make it feel gimmicky even today, but the types of computing interactions Alexa popularized now seem completely normal. We just talk to our computers these days! No biggie.

In April 2017, Amazon revealed what was perhaps its most bizarre gadget at that time: the Echo Look, a phallic smart camera with a four-microphone array that would snap hands-free photos of your outfits and tell you what to wear. This is not a joke. The camera was available by invite-only, though one of WIRED’s writers managed to buy one off eBay and reviewed it for another publication at the time.

Ultimately, the Echo Look gave us a glimpse at our computer-vision futures. It used machine learning to make recommendations, like so many consumer products do these days but it also got a lot of those “personalized” suggestions wrong and alarmed privacy advocates. In the spring of 2020, Amazon said it would discontinue the Echo Look and the camera would no longer function starting July 2020.

Here we break from our regular chronology. On a sunny Seattle morning in late September, 2017, the tech press gathered at Amazon’s headquarters for … well, we didn’t know what to expect. Amazon, it turns out, had decided to join its tech brethren in hosting an official hardware launch. That day, and again in subsequent years, Amazon vomited up an uncountable number of new products (both hardware and software).

One of the products that arrived on that September day in 2017 was the first Echo Show. It was a “smart display,” essentially a small tablet-like screen with speakers for playing music, a microphone for capturing your Alexa commands, and a camera for … wait, what was the camera for? For use with a new Alexa-based communication platform, which let people send audio, video, and texts to anyone with an Alexa device or the Alexa app on their phones.

That chat service didn’t really take off, and all the camera did was skeeze people out. The Echo Show did succeed in showing how much more useful Alexa could be when it was built into a dedicated touchscreen. Smart displays became a hit. Google made its own version that worked with its Google Assistant, and both companies licensed the tech to other hardware makers who helped these countertop devices proliferate. Thankfully, there are plenty of options out there today that come with camera shutoff switches.