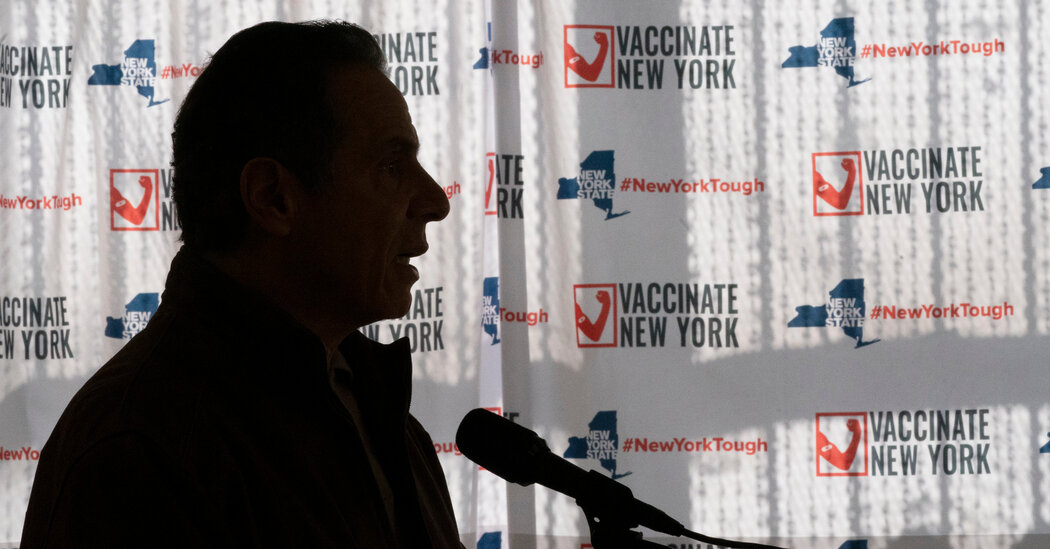 A task force with outside experts, convened by Mr. Cuomo to guide the vaccination plan, met infrequently and was rarely offered the chance to provide guidance.

For help in planning the vaccination campaign, the governor turned to consultants from Deloitte and Boston Consulting Group. The in-house lobbyist for New York’s largest hospital system, Northwell Health, had direct involvement in the rollout.

For about a month, starting in mid-October, the Northwell lobbyist, Dennis Whalen, worked from an office inside the State Health Department and helped shape the state’s approach. Mr. Whalen had worked previously as the department’s No. 2 official.

“If you’re asked to help, you help,” Michael Dowling, the president of Northwell and a longtime ally of Mr. Cuomo, said. “There’s nothing nefarious about this at all.”

It was a Northwell hospital nurse, Sandra Lindsay, who received the first Covid-19 vaccine dose in the nation in mid-December, an iconic moment in the pandemic, and a public relations victory for the private hospital system.

The governor and his aides said the vaccine rollout was hamstrung by the federal government, which they blamed for a lack of vaccine. They also said that poor performance by the local authorities and public hospitals, particularly in New York City, slowed down distribution. Of late, Mr. Cuomo has regularly used his near-daily press briefings to call out hospitals by name that he said were not vaccinating quickly enough.

After opening eligibility to many more people, New York now quickly uses its weekly shipments of vaccine, not including doses sent to the state through a federal program for nursing homes, state data shows.