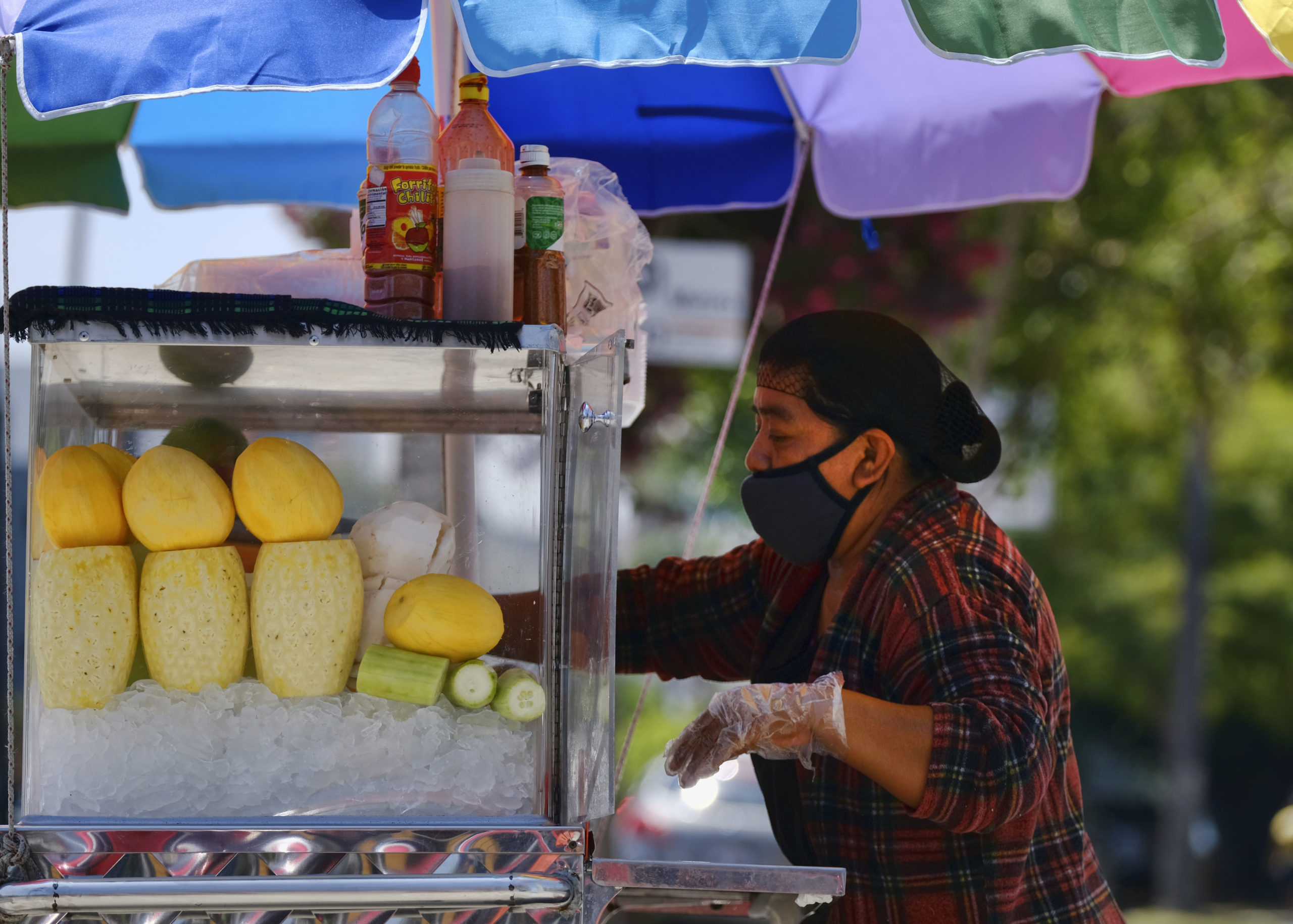 
Many workers called back by employers resuming or expanding operations despite the ongoing coronavirus pandemic face a dilemma: return to jobs that put them at high risk of the virus, or say no, and risk going without pay or unemployment benefits.

President Joe Biden argues workers should not have to make that choice.

An executive order signed on his second full day in office could make it easier for people to still qualify for jobless benefits if they quit or refuse a job that puts them at undue risk of infection from the coronavirus.

More than 18 million Americans are drawing some form of government unemployment assistance.

The order asks the U.S. Department of Labor to clarify that workers who refuse jobs due to unsafe working conditions can still receive unemployment insurance. A department spokesman told Reuters the agency is developing an Unemployment Insurance Program Letter – the usual mechanism for issuing guidelines or clarifying policies – in response to the order.

The Labor Department also issued new guidance on Friday with recommendations on how employers can protect workers from the virus, which has infected more than 25 million Americans and led to more than 433,500 U.S. deaths since the pandemic began.

“In a period where lots of people have lost jobs and people are desperate for work, people will go and end up working under dangerous conditions and they will do so believing they have no other alternative,” said Ken Jacobs, chair of the UC Berkeley Labor Center.

Assuring them they have the right to refuse unsafe work, and paying them enough to afford not to work, is “vitally important,” Jacobs said. “You want people in the greatest risk groups to stay home.”

It’s not clear how many workers have lost unemployment benefits after refusing jobs because of COVID-19 safety concerns, said Andrew Stettner, a senior fellow at The Century Foundation and an expert on unemployment insurance. Still, the new guidance should establish minimum protections for workers, replacing an approach that can vary by state, he said.

“It’s been very unclear for a claimant to understand whether they can refuse an offer to go back to work,” Stettner said.

Currently some states, including Texas, publish lists of the circumstances in which a worker might be able to keep receiving benefits after turning down a job. For instance, the state offers exceptions for workers age 65 and up, or those with health conditions that put them at high risk.

But other states advise workers of a narrower set of protections, and many make decisions on a case by case basis.

“The goal would be to have some clear standards,” Stettner said.

The new federal guidance, likely to be issued in the coming weeks, would be aimed at making both states and workers aware they should be able to qualify for unemployment benefits after refusing a job that puts them at greater risk because of their age, a health condition or lack of COVID-19 safety protocols, analysts say.

‘We Need A Standard’

That policy could make a big difference for people in jobs at restaurants or other businesses requiring workers to be in close proximity to others, two recent studies suggest.

Essential workers were 55% more likely to get infected with coronavirus than those who stayed at home, according to a study of the early months of the pandemic in Pennsylvania published this week by researchers at Independence Blue Cross and the Wharton School of Business.

“We all had a hunch that essential workers by the nature of their jobs are probably more exposed, which means they’re probably more likely to get infected – but what we didn’t know was by how much,” said Wharton’s Hummy Song, one of the paper’s authors.

A separate study out last week from the University of California found deaths of working-age Californians increased by 22% in 2020 from what would have been expected based on prior trends, and the deaths were concentrated in certain occupations.

Deaths among workers in food and agriculture, for instance, were 39% higher. Among healthcare workers, deaths were up 20%, the study noted.

The findings indicate there may be better protections in place in health care settings than in restaurants or other fields, said Yea-Hung Chen, one of the study’s authors.

New guidance from the Biden administration could help workers in at least some of those higher-risk sectors keep unemployment benefits and avoid unsafe work – even as it puts pressure on companies to make workplaces safer, said University of California, Berkeley professor Jesse Rothstein.

“We need a standard,” said Rothstein. “The DOL has been AWOL for the last year.”

About the photo: A masked fruit vendor prepares her streetside cart while waiting for customers near downtown Los Angeles on Wednesday, Aug. 5, 2020.

Want to stay up to date?

Get the latest insurance news
sent straight to your inbox.