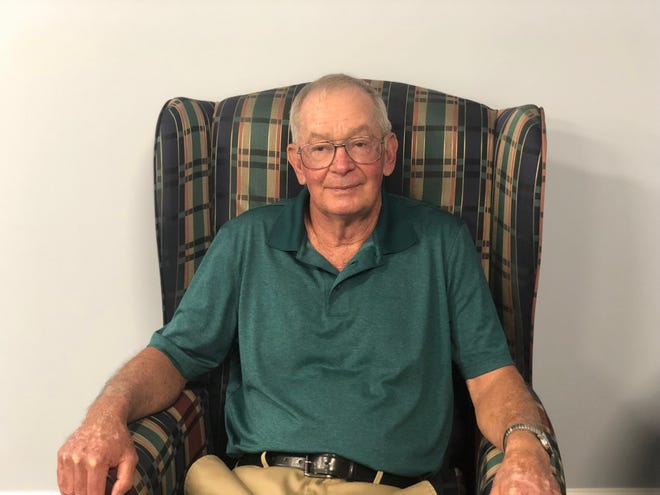 After an August defeat of the District 2 incumbent, Jackson-Madison County School System’s newly elected board member O’Neal Henley is resigning the seat for health reasons.

After a “rough” battle with the coronavirus, Henley felt like he couldn’t perform his duties and responsibilities to do a good job on the board.

“I certainly don’t want to let the people and kids down by not being able to do this job, so I felt that it was best to resign…” Henley said. “I’m just trying to get healthy again.”

Henley is a retired JMCSS educator of 34 years, during which time he was a teacher, coach, principal at North Side High and Jackson Central-Merry High and assistant superintendent.

Henley started having symptoms of the coronavirus on New Year’s Day – something he said he won’t ever forget. While he has recovered as far as symptoms, he is still weak and doesn’t have the energy he should, he said. As a diabetic, an underlying condition that’s said to worsen COVID, he’s also working to keep his blood sugar under control.

He missed January board meetings as well as a November meeting when he was quarantined from exposure. And, missing meetings isn’t who Henley is.

‘We’ve been together since day one’

When he retired, he made himself a promise not to interfere in the system, yet community members and teachers asked him to run for the school board seat to provide stability because there seemed to be a lot division among the board.

“I’m going to try to bring everybody together in hopes that we can get behind our new superintendent and help him bring the system to where it should be,” Henley said during the campaign.

Now, Henley sees that happening, regardless if he played a major part or not.

“I think the board is in really good shape,” he said. “I really enjoyed working with the other board members. I think we have the ideal superintendent to bring this system to where it needs to be.

“We’ve been together since day one. They’re heading in the right direction. As long as they get somebody to replace me who will work with the rest of the board, I don’t think they’ll miss a beat.”

Another new board member to be named

During that election, the board had four new faces, including Henley, after he and another challenger unseated incumbents, a newcomer took a seat an incumbent didn’t run for and with Morris Merriweather’s District 6 vacated seat being filled.

Henley’s resignation follows Merriweather’s Feb. 2020 resignation as well as that of District 5, Position 2 board member Shannon Stewart, who vacated the seat in December to move.

“He had a strong battle with COVID-19, and it really brought him down so he just felt like he wasn’t in good enough health to maintain and do the job that he should do,” Deaton said.

The commission will vote to accept Henley’s resignation at the Feb. 16 meeting.

If Henley’s resignation is officially accepted, the commission will appoint an interim board member from District 2 to serve in his place.

Then, someone will be elected at the next election in August 2022 when five other spots on the board — those held by Doris Black, interim board members Andre’ Darnell and Scott Gatlin, board vice chair A.J. Massey and board chair James “Pete” Johnson — are up for election.

The person elected would be seated for the remaining two years of Henley’s term until 2024.

Henley was happy to have support to win the seat this past year, and he’s still grateful for that support.

“I’m sorry that I kind of let them down, by not finishing out,” Henley said. “I just don’t think I can do the job that I would need to do by staying on, so I don’t want to let them down in that way either (by not being able to give my all).”

Lasherica Thornton is The Jackson Sun’s education reporter. Reach her at 731-343-9133 or by email atlthornton@jacksonsun.com. Follow her on Twitter: @LashericaT