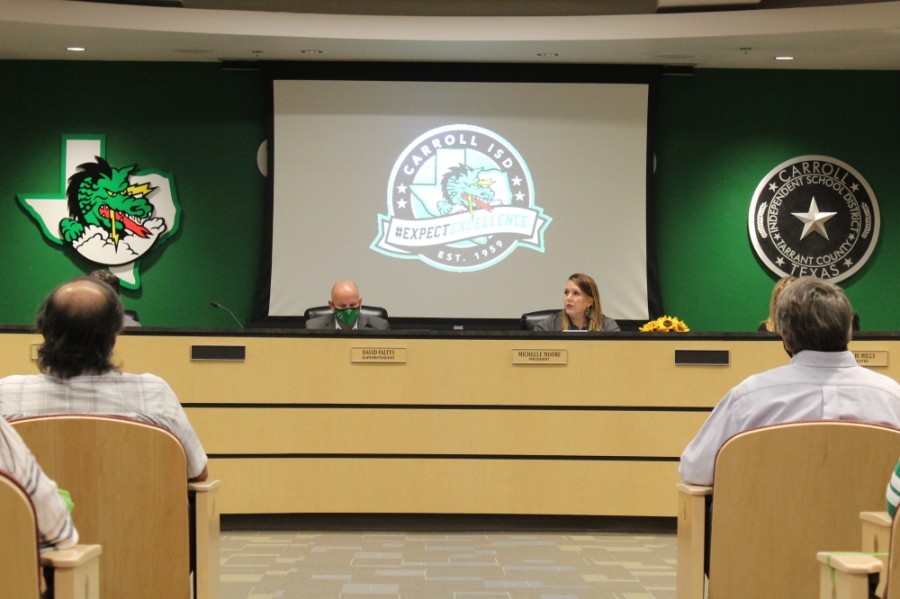 During a Feb. 1 meeting, he Carroll ISD board of trustees unanimously approved a $202,000 amendment to the current budget to reflect increases in legal and health expenses as well as a reallocation of funds within the budget.

Now, the district is allocating another $132,580 for legal services from Thompson & Knight relating to the ongoing lawsuit.

“Thompson and Knight was asked to represent the Carroll Independent School District on any criminal component related to Texas Open Meetings Act,” Superintendent Lane Ledbetter said Feb. 1 during the presentation of the proposed budget changes. “I just want to be clear that the district is not paying or asking Thompson & Knight to represent individual employees or individual trustees. The district is seeking legal advice to make sure it complies with any legal requirements and obligations it has.”

Another $38,175 was approved to cover additional attorney fees.

The board also approved an additional $12,000 in the budget for health services to address COVID-19 needs in the district.

Several other budgetary adjustments were made as a result.

“We had two positions that were paid on the wrong code, so we made budgetary adjustments,” Wooten said. “The net impact of the fund balance is zero, so there’s no budgetary impact.”