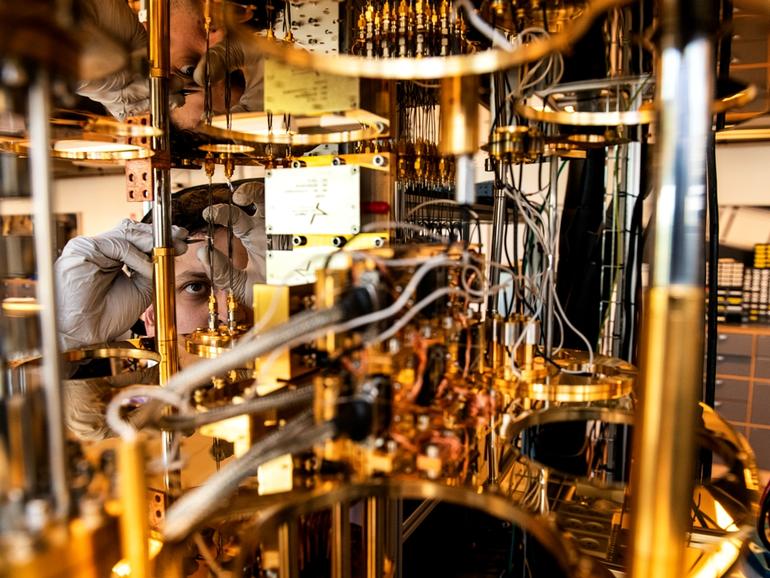 
Azure Quantum, the public cloud ecosystem dedicated to quantum applications developed by Microsoft, is now available for public preview. The Redmond giant has urged developers and researchers in the field to start using the platform’s cloud services to explore, build and test applications of quantum technologies that could transform a wide range of industries.

Since Microsoft’s Build event last year, Azure Quantum has been in limited preview, and developers from select companies have been piloting the platform for the past few months. Experiments have been carried out in many different fields, including materials design, financial modelling and traffic optimization.

“With Azure Quantum Public Preview, we’re opening up the technology to the broader ecosystem,” Julie Love, senior director at Microsoft Quantum, told ZDNet. “This means that developers, researchers, systems integrators, and customers can use it to learn and build.”

Azure Quantum aims to create a one-stop shop for developers, complete with the software and hardware resources that are necessary to build quantum applications.

Quantum computing is based on different building blocks than classical computing. While classical bits can only hold a single value of either zero or one, quantum bits – or qubits – can be programmed to hold multiple values at the same time. Leveraging this particular characteristic of qubits, quantum computers can solve problems exponentially faster than classical computers, although quantum devices are still in their infancy

Azure Quantum’s ecosystem also comes with software packages to help developers get started with writing quantum applications. Among them, an open-source quantum development kit (QDK) provides a basis for researchers to develop new algorithms with Q#, a quantum-focused programming language.

Researchers can use the QDK to develop and test new quantum algorithms, to run small examples on a simulator, or estimate resource requirements to run simulations at scale on future quantum computers. QDK’s GitHub repository also includes open-source Q# libraries and samples that can be used to build quantum computing applications.

Microsoft has started working on quantum applications in chemistry, and recently published some research on using quantum computers to design a catalyst that could take carbon out of the atmosphere. Early trials of Azure Quantum also saw Microsoft collaborating with materials science company Dow to build a quantum representation of a chemistry problem using the Q# language.

The quantum devices that are currently available can only support a small number of qubits, meaning that the quantum algorithms that are built today on Microsoft’s quantum platform are designed to tackle small-scale problems with little business relevance. But as Love explains, the point of Azure Quantum is rather to fiddle around with quantum capabilities, to lay the groundwork in anticipation of improved hardware to come.

“These applications in quantum computing hold the promise to solve some of our planet’s toughest challenges – in energy, climate, materials, agriculture, healthcare and more,” said Love. “Problems like these will require the use of large, scalable, fault-tolerant quantum hardware that is under development, and it’s critical to start building and testing these quantum methods today.”

Azure Quantum, however, offers an alternative to developers who aren’t keen to wait for a fully-scaled quantum computer to be available. Microsoft is effectively engaged in the field of quantum-inspired technology – a method that consists of emulating some quantum effects on classical computers to start reaping the benefits of quantum computing in the nearer term.

The idea is to mimic certain quantum behaviors in order to develop quantum-inspired algorithms that can then be run on classical hardware to solve difficult problems, to achieve significant speedup over traditional approaches. The method is particularly suited to optimization problems.

The quantum-inspired methods provided by Azure Quantum were used by advanced materials company OTI Lumionics to design next-generation OLED displays, for example. Ford has also been trialing the technology to improve traffic optimization, with promising results in scenarios involving as many as 5,000 vehicles.

“We’ve seen exciting work already from customers and partners in traffic optimization, financial modelling, transportation and logistics, materials design, and more,” said Love. “I’m most excited to see what new ideas developers come up with once they’ve had the tools and solutions in their hands, particularly for solutions to our biggest challenges in climate and the environment.”

In parallel to running the Azure Quantum platform, Microsoft is currently in the process of developing its own quantum computer, but the technology isn’t advanced enough to compete against other cloud-based quantum processors. The tech giant is pursuing a different method from its competitors, based on a so-called “topological qubit”, which Microsoft argues will be protected from noise and will do a better job of retaining information.