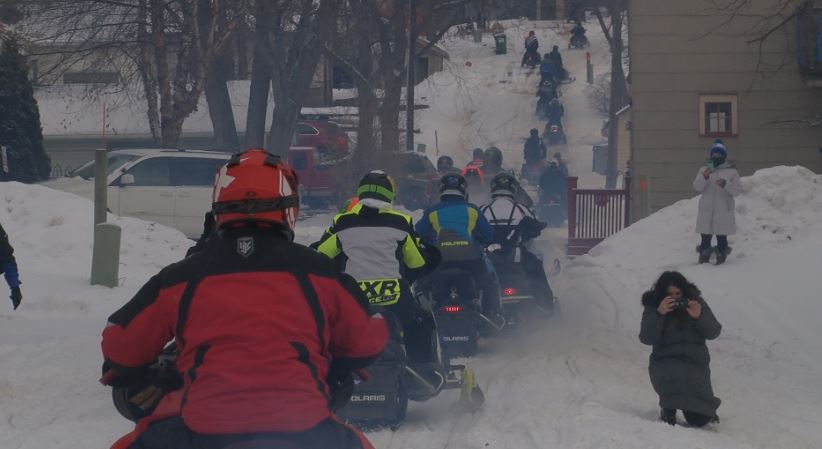 
MANTORVILLE, Minn. (KTTC) — On Sunday, more than 70 people showed up for a snowmobile memorial ride to support suicide prevention and mental health.

The Ride for Wyatt fundraiser is in memory of 19-year-old, Wyatt Coy.

“Wyatt took his own life on the 19th of January, four years ago,” said George Coy, Wyatt’s grandfather. “He’s an avid snowmobiler. His friends wanted to have a memorial, and Wyatt’s father asked them not to because it was too painful.”

The Coy family along with the Byron Snow Bears and the American Foundation for Suicide Prevention hosted the event Sunday.

“What’s happening here today is this huge energetic, full of love event. I think we counted 75 snowmobiles. So, lots and lots of people showing their love and devotion to the Coy family and their wonderful intention for raising money for mental health education,” said Pastor Karen Larson, Zwingli United Church of Christ.

Riders drove 60 miles during the event and donated 25 dollars to participate. The proceeds go towards the Wyatt Coy Memorial Fund

“It is a scholarship that is awarded each year to a college student who is going into the field of mental health, specifically with suicide prevention,” Coy said.

Coy prays these efforts to help prevent other families from experiencing a loss of life from mental illness.

“As it says on the back of my shirt. It’s okay not to be okay. Talk about it. There are many people who are willing to talk willing to share, and just be sure you talk about it,” Coy said.

As the Coy family continues to fight for this cause, they are grateful for the support of family and friends.

“It means that Wyatt’s death did not go in vain,” Coy said

Proceeds from the event also will be going to the American Foundation of Suicide Prevention.