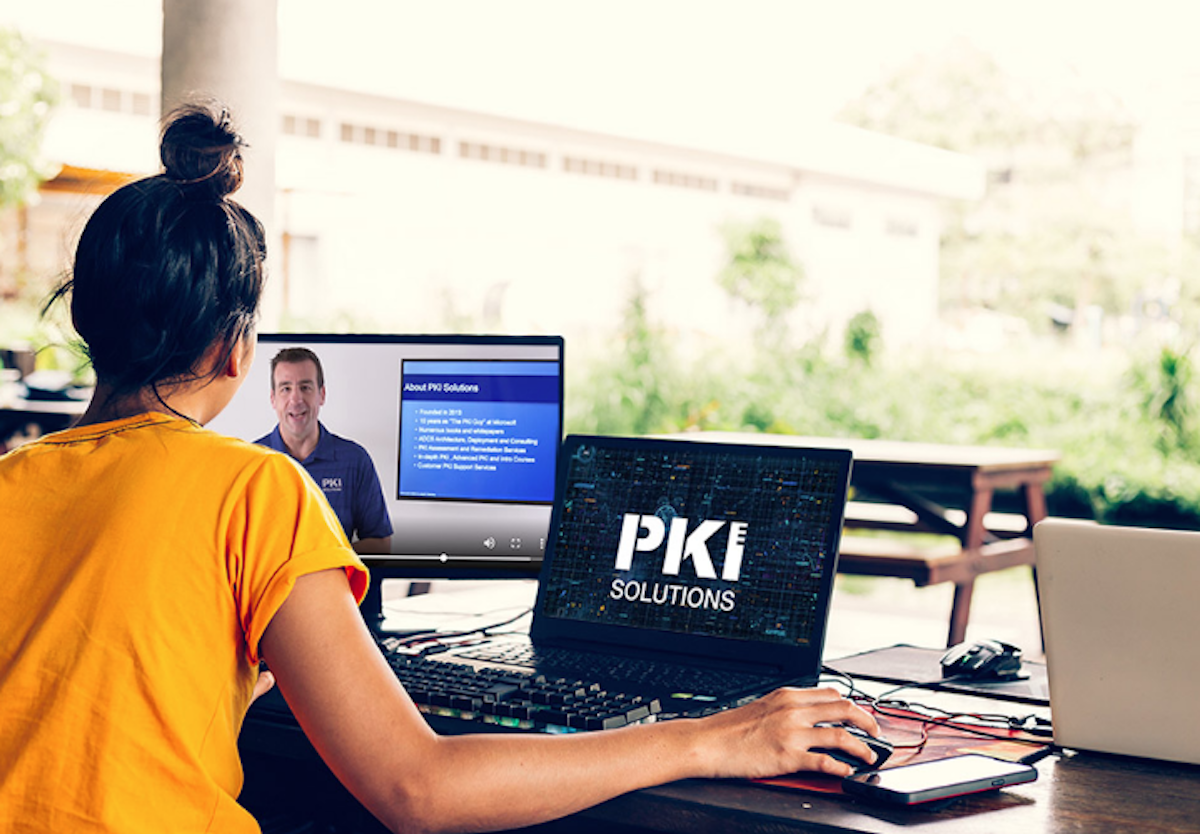 
PKI or Public key infrastructure is a term used quite often, and the function behind it is a bit tough to understand in detail. But, in this guide, we will look into detail how does PKI infrastructure works and know about its components and types.

Public key infrastructure or PKI is the system that is used to secure communications between various computer systems. It is the system that helps the organization to stay compliant with the regulatory data security & privacy needs and avoid fines, penalties, as well as reputational loss.

There’re two things that PKI does for securing the communications:

Authentication —It ensures that the other party is a legitimate server or individual that you will communicate with.

Encryption —It ensures no other parties will read the communications.

How Does the PKI Work?

In order to learn how PKI works, it is very important to check out the basics that will govern encryption in the first place. With this in mind, let us dive into cryptographic algorithms & digital certificates.

Importance of Cryptography in PKI

Cryptographic algorithms can be defined as the most complex mathematical formulas that are used for encrypting & decrypting messages. They’re the PKI’s building blocks. The algorithms range in complexity and modern technology. Public key infrastructure merges the use of asymmetric & symmetric encryption. And both these encryptions have got their strengths and use case scenarios that what makes both the combination very powerful in the Public Key Infrastructure.

The symmetrical encryption generally protects a single private key, which is generated on an initial exchange between the parties—a digital handshake. The secret key will pass from one provider to another for all providers or parties involved in encrypting & decrypting information that got exchanged. The secret key is in a form of a password or can be the series of random numbers and letters that are generated by the random number generator.

This helps you to create the public key for a party that is reporting you, so they can encrypt the incoming information, then you can decrypt information with the private key.

How Does PKI Work?

Okay, now as you know a bit about PKI & how it is related to public-key cryptography, we will talk about what they do & how it functions. There’re certain things that you need to know how PKI works:

Public key infrastructure authenticates you & your server. This allows your website users’ browsers to authenticate the server before it connects (so they will verify that they are connecting to the legitimate server). You may use the client certificates for limiting access to the authenticated users. It provides you higher control over the network & other IT systems.

Public key infrastructure facilitates encryption & decryption. PKI allows you to use the digital certificates & public encryption pairs to encrypt or decrypt data or transmission channels that you use for sending it using safe SSL or TLS protocol.

PKI makes sure integrity of the data. The public key infrastructure allows users, browsers, and devices to know if the data you send is tampered with.

You may be thinking about what public key infrastructure security may look like. PKI security can be used in a lot of different ways. The primary ways that the PKI security is used are: