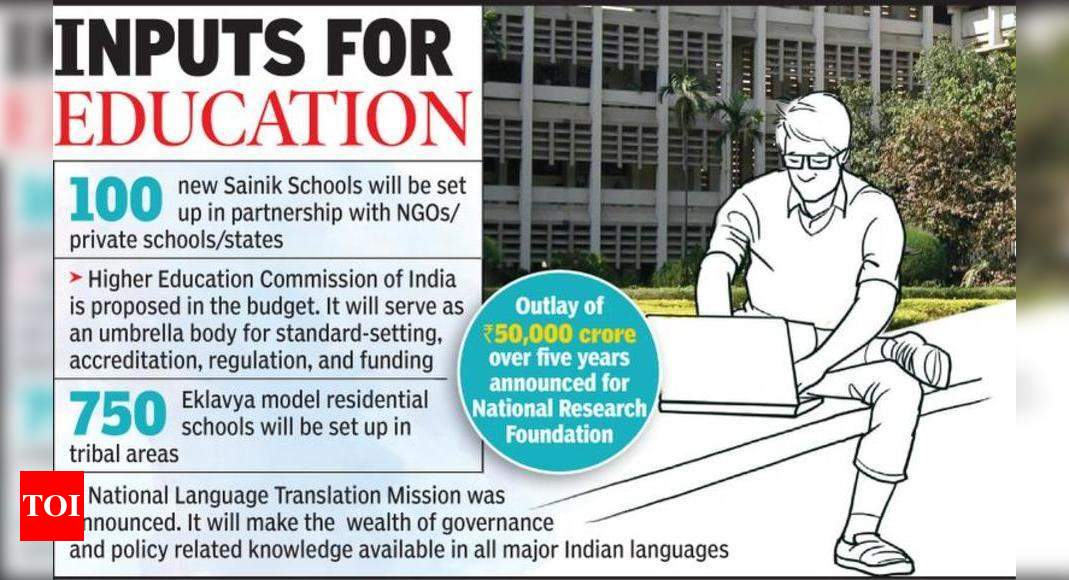 Visakhapatnam: The Indian Institute of Petroleum and Energy (IIPE), Visakhapatnam established under the aegis of the Union ministry of petroleum and natural gas has got Rs 95 crore in the Union budget released on Monday while Central University, Andhra Pradesh has been allocated Rs 60 crore. Central Tribal University, Vizianagaram is likely to get about Rs 27 crore as about Rs 54 crore has been earmarked for the two tribal universities in Andhra Pradesh and Telangana.
The IIPE, which is currently being operated out of a temporary campus, is in the process of building a boundary wall on land allocated for the permanent campus near Sabbavaram. Speaking to TOI, IIPE director Prof VSRK Prasad said Monday’s budgetary allocation is the second-biggest for the institute. “The institute has speeded up the permanent campus works with the help of district officials. We are planning to launch physical offline classes for the students on a voluntary basis from March,” Professor Prasad said .
Meanwhile, the search for suitable land for the permanent campus of the Central Tribal University in Vizianagaram is still on. Recently, special chief secretary (higher education) Satish Chandra and other officials visited some land parcels in the district to check their suitability and connectivity.
There were no separate budgetary allocations for other premier educational institutions such as Indian Institute of Technology, Tirupati, Indian Institute of Management-Visakhapatnam, National Institute of Technology, Tadepalligudem, Indian Institute of Science, Education and Research, Tirupati and Indian Institute of Information Technology, Sri City as they are already part of the Union education ministry’s Higher Education Financing Agency (HEFA). For example, allocations for the IITs were merged under the head of ‘Support to Indian Institutes of Technology’ in the budget.
Under HEFA, these institutions can draw any amount out of the sanctioned funds to the respective institute upon submitting utilisation certificates. HEFA—a joint venture of MHRD and Canara Bank for financing the creation of capital assets in premier educational institutions—will generate internal resources as well as allow investments through market borrowings that can be repaid over a longer period. For example, if an institution is promised Rs 500 crore funding by the Union government, the respective institute can utilise all funds within two to three years based on requirements and submission of utilisation certificates.