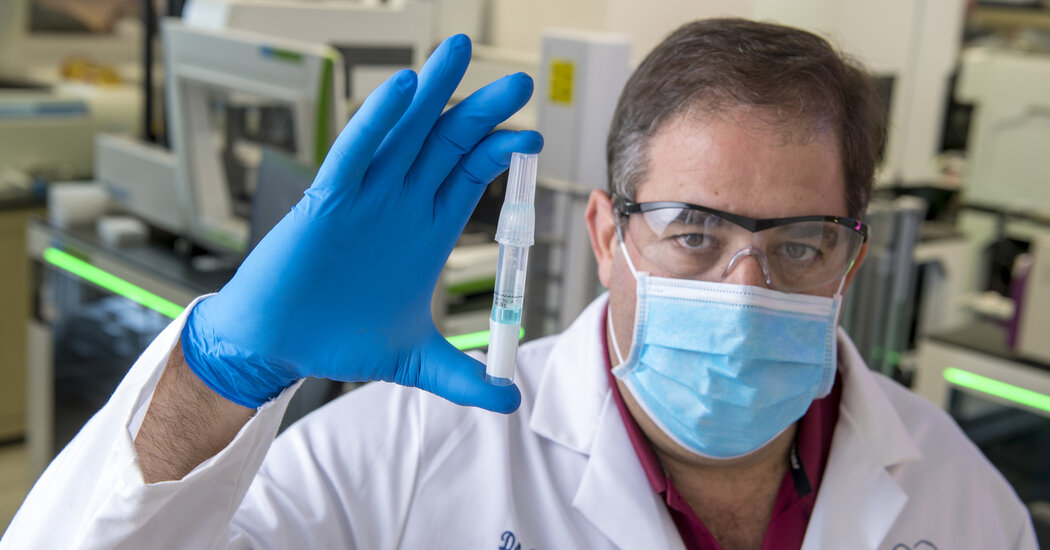 
After working at the University of Rochester Medical Center for four years, he returned to New Jersey to take a job at Rutgers, and in 2009 joined its Cell and DNA Repository, a university-owned company that provides data management and analysis for biological research.

Dr. Brooks became the company’s chief operating officer, and discovered he had a flair for the business side of science. He grew the company from just a few dozen employees to nearly 250, working with nearly every major pharmaceutical company, among other clients.

Confused by the terms about coronavirus testing? Let us help:

“Most scientists I meet are not interested, or are incidentally interested, in the commercialization of what they do,” said Dr. Jay Tischfield, a Rutgers professor and chief executive of the repository. “Andy understood that if you want something to get out and be used, you have to be a player. You can’t rely on other people.”

In 2018 the company, by then called the Rutgers University Cell and DNA Repository Infinite Biologics, decided to go private, with Dr. Brooks as the new chief executive. The university agreed but kept a significant stake in the new company, now called Infinity Biologix.

The resources and experience he accrued at the repository made it relatively easy for Dr. Brooks to develop the Covid spit test, which he did in partnership with two other companies, Spectrum Solutions and Accurate Diagnostics Labs.

Dr. Brooks was used to doing genetic testing through saliva, and Dr. Tischfield said “it wasn’t rocket science” to adapt those techniques to extract RNA from the coronavirus. The company even had thousands of tubes on hand that it could use to collect samples.

After the F.D.A. granted approval, Dr. Brooks faced a different challenge: scale. He needed significantly more equipment and staff, immediately, to produce the tests and process the results. But a propitious call from the White House offering help, and a multimillion-dollar loan arranged by Dr. Tischfield, allowed the company to add additional analytic equipment rapidly and to nearly double its work force almost overnight.