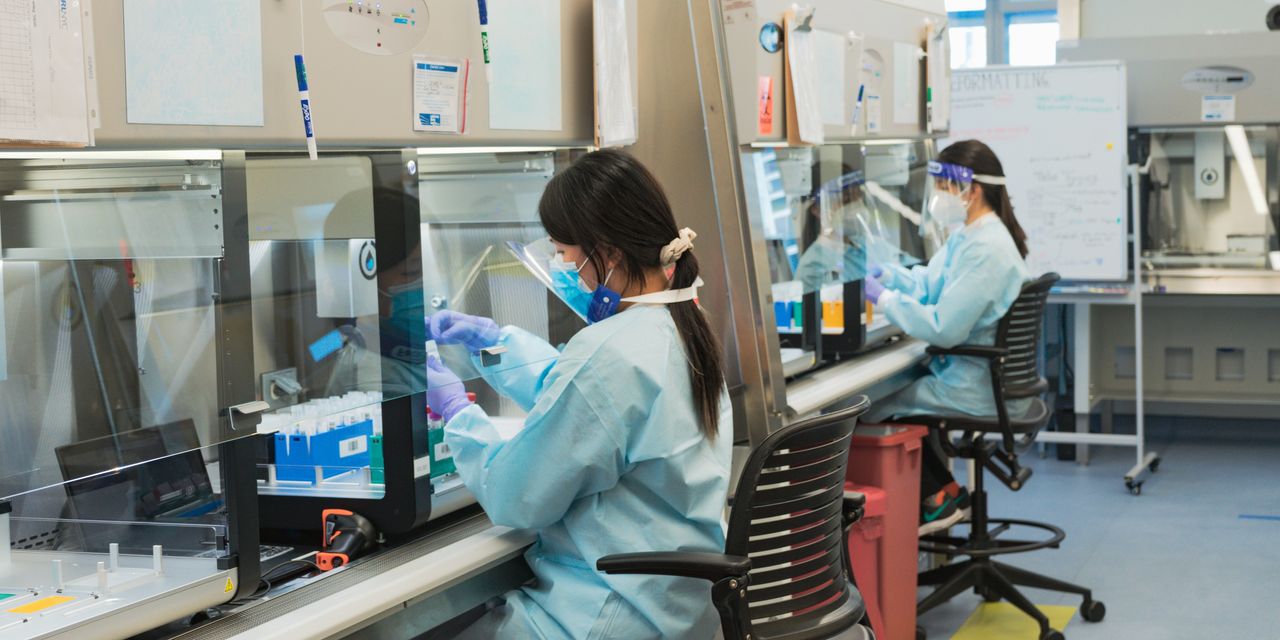 Public officials in New York have repeatedly stressed concerns about the possibility of a highly transmissible coronavirus variant taking root in the state, ultimately leading to more strain on hospital systems.

But knowing whether a variant is widespread requires broad and regular genomic sequencing. Now, laboratories in New York are trying to ramp up capacity to do more genomic sequencing, to look at both the whole genome of the coronavirus and specifically at the most important surface protein that indicates whether it is variant. The latter sequencing is cheaper and faster, researchers say.

Genomic sequencing of positive Covid-19 samples in New York is primarily carried out by public laboratories for the state and New York City and by several academic medical centers. The number of sequences performed in a week across the state isn’t tracked in one place. In the past week, there were more than 73,000 new Covid-19 cases confirmed in the state.

As of Friday, 42 people in New York state have been found to have a variant first detected in the U.K., and no resident has been found with the South African or Brazilian variants, according to

Speaking Friday during a press conference, Mr. Cuomo said he knows there is anxiety over any variant causing increased infection rates.

“This is a situation where nobody knows what’s coming down the road. Nobody knows,” Mr. Cuomo said.

director of the Genome Technology Center at NYU Langone, performs genomic sequencing in her lab at a rate of 96 samples a week. In general, she said, more sequencing needs to be done: If there are so few cases of the variants popping up, it is because there isn’t enough sequencing.

“Everything is logarithmic. Are these variants going to take over? Well, if they took over in other places and they’re getting seeded here, most likely,” Dr. Heguy said, “unless we have a competing variant. Which is the reason to do genomic surveillance.”

Federal officials say the U.K. variant appears to be spreading widely in the U.S. and have warned it could become dominant by March. Minnesota health officials on Monday reported the first known U.S. case of the Brazil variant, and South Carolina health authorities said Thursday they have identified two people infected with the variant first detected in South Africa.

have said their Covid-19 vaccines appear to protect against new variants. Moderna has said it would test if a booster shot improves immune responses. The effort to vaccinate Americans, particularly older and more-vulnerable people, however, has been slow and uneven.

chair of the department of microbiology at Icahn School of Medicine at Mount Sinai, in Manhattan, said vaccines need to be rolled out as fast as possible to limit the spread of current variants, or new ones—because “tomorrow or at the end of the week in another country or another town that there’s another variant which is different, and that may change the story.”

Genomic sequencing has happened in piecemeal fashion across the country, researchers say. The actual sequencing takes time and can be labor intensive, requiring people and resources. Even moving samples so that there is a good representation of specimens can be an effort, researchers say.

professor of microbiology and medicine at the Icahn School of Medicine.

She said the lab is planning an additional sequencing stream to look only at the spike protein of the coronavirus, “which would allow us to ramp up sequencing sample volume.”

The New York State Department of Health’s public lab, Wadsworth Center, is doing the bulk of the sequencing in the state, at a rate of approximately 90 specimens a day. Some 3,400 virus samples have been sequenced at the lab since March 2020, and turnaround takes between two and five days, a spokesman said.

The Public Health Laboratory for the New York City Department of Health and Mental Hygiene has also done genomic sequencing since March, according to a spokesman for the department. The lab is currently performing whole-genome sequencing at about 145 specimens a week, which is the capacity. There are 13 known cases of the U.K. variant in New York City, the spokesman said, and 10 were identified by the city’s lab. Since Jan. 1, nearly 1,500 specimens from city residents have been sequenced, he said.

The Pandemic Response Lab, a private lab contracted by the city to quickly process Covid-19 tests for NYC Health + Hospitals and private hospitals, is expected to begin genomic sequencing of some 2,000 specimens a week by mid-February, according to Will Canine, co-founder of Brooklyn-based Opentrons, which runs the lab.

The 2,000 specimens, Mr. Canine said, would represent in a week about 10% of the positive Covid-19 tests that are reported through the lab. The lab has the capacity to do more sequencing, if there were more resources, he said.