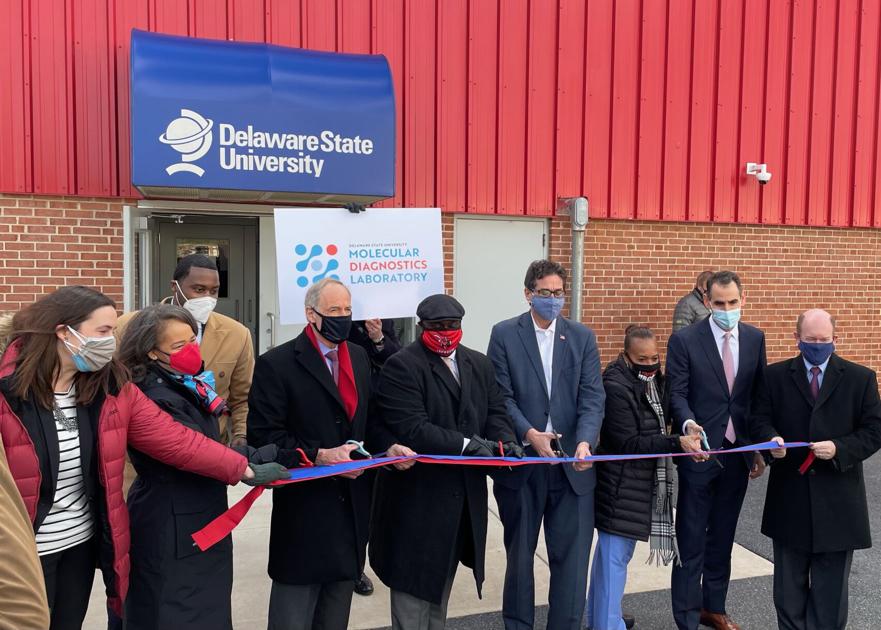 The lab at DSU’s Wilmington campus on Kirkwood Highway is supported by a $5.5 million investment from New Castle County’s share of CARES Act funding.

County Executive Matt Meyer said they accomplished, in weeks, what it normally would have taken years to do.

“I’m sure if we sat down in any other time and said let’s create a high throughput, world-class genomics lab we would create a ten year plan to do that,” said Meyer, ” and I think we did it in about ten weeks.”

Meyer said the lab will improve efficiencies and cut costs.

“The opportunity for us to get even faster, less expensive, and it might reduce the cost by something like six or seven fold,” said Meyer.

“They are now delivering fifty tests a day for most of our student-athletes,” said Allen. “That will ramp up to literally 1,200 tests a day in about three weeks.”

According to New Castle County, DSU has hired four people who are currently staffing the lab, with salaries ranging from $40,000 to $80,000 a year. The goal is to have a staff of 10 full-time employees.