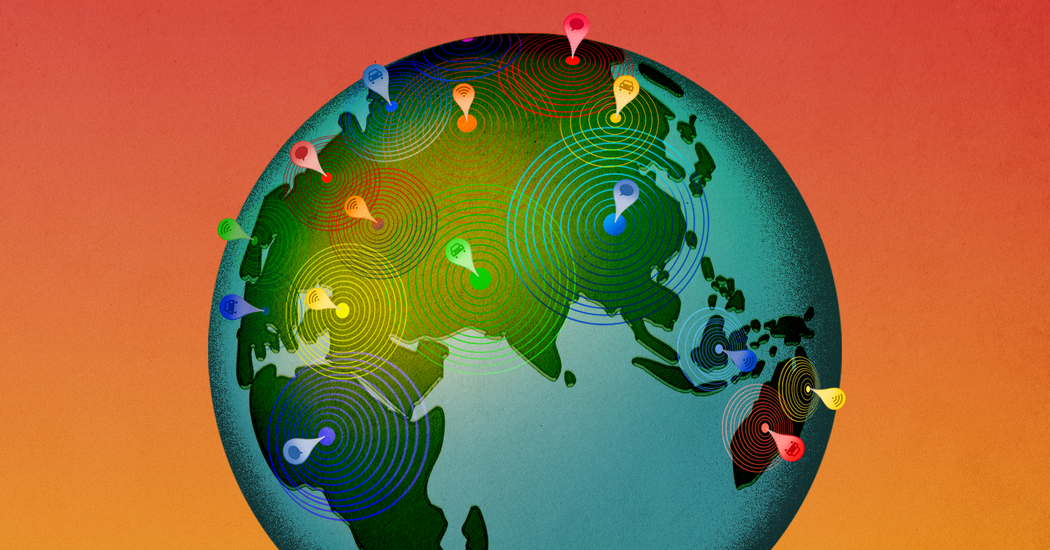 
This article is part of the On Tech newsletter. You can sign up here to receive it weekdays.

We’ve gotten used to thinking of the internet as a unified language across the world. Whether we live in Mumbai or Miami, we have Facebook and YouTube in common. Spotify, Netflix, TikTok and Uber are popular in many countries.

But as the internet morphs from a nice-to-have luxury into an essential service for billions of people, it’s becoming less like an online Esperanto and more like the cacophony of languages in the real world.

As the already popular (and mostly American or Chinese) digital powers like Google and Alibaba try to expand their reach to nearly every corner of the globe, they’re competing more and more — particularly in Asia, Africa and Latin America — with powerful local or regional companies.

That competition boils down to a question: Will the internet be one world, or will it have borders?

Having totally different online hangouts in different countries could be messy. Will the world become more fractured if we don’t even share a love of the same app?

But no matter the challenges, we should all be excited if local companies succeed and help make our online lives more dynamic.

You can see the tussle of global versus local perhaps most starkly in India. There, Amazon is trying to grab the devotion of hundreds of millions of Indians coming online for the first time, and it’s competing with companies like Flipkart and Jio that originated in India and likewise want to reshape how people shop.

In India, the music streaming service Gaana is more popular than Spotify. Uber has been fighting it out there with Ola. Paytm and Flipkart’s PhonePe want consumers to use their apps to pay for stuff instead of using cash. So do Google and Facebook.

I’m jealous of Indians who have so many companies competing for their online attention and dollars. New ideas are springing up faster, better and more tailored to Indians’ needs than they would be without both international and local companies battling for dominance.

Even for those of us who live elsewhere, these skirmishes matter. Facebook, YouTube and Twitter refashioned their apps to use less data on cellphones in India and other countries where the price of smartphone internet connections can be prohibitively expensive. Those companies took what they learned in India and made their apps more efficient on my phone, too.

If you loved watching “The Mechanism” or “Dark,” thank Netflix’s ambitions to get bigger in Brazil and Germany.

I don’t want to oversimplify what’s happening. Homegrown digital powers, like the KakaoTalk chat app in Korea and the Argentine online shopping giant Mercado Libre, are not a new phenomenon. China, which has more people online than any other country, is largely a digital planet separate from the rest of the world.

And international powers sometimes team up with or outright buy regional tech powers. It’s not clear if that dilutes what makes those local companies great in the first place, or strengthens them.

Still, what’s happening now is the next evolution of the internet from a relatively homogeneous blob moving from rich countries to the rest of the world, into something that more closely resembles the diversity of the world. It’s a mess, and it’s wonderful.

How are we being shaped by the machines?

After I wrote in Wednesday’s newsletter about the flourishing of expression on TikTok, a reader named Bob emailed me to say that he was concerned about the app using its computer systems to determine which videos to feed people.

I’m with Bob. This computerized feed is both a great element of TikTok, and the most concerning. I don’t know how to reconcile my feelings about this.

This kind of automated sorting or suggesting is a central feature of the internet as we know it, and it can be useful. It’s why we can open TikTok and see silly dances without having to think twice, and Netflix can help us select a movie we might like.

But as The Times technology columnist Kevin Roose has explained about YouTube, computer systems designed to recommend more of what we like can push people to ever darker and more fringe views. In a column on Wednesday, Gillian Tett of the Financial Times wrote that she was worried that her teenage daughter was missing out on different views and voices by hanging out online in what was often a bubble of people who are like her, or think like her.

So, Bob, I’m worried, too — particularly because we usually aren’t aware of how the computer systems influence what we think, buy and do. (Read Kevin again on exactly this point.)

This might feel like the work of some neutral robots, but it’s not. TikTok, Facebook and YouTube program the computers, based on a secret set of factors typically with the goal of grabbing our attention. They tweak those programs constantly, and we’re usually not aware of what they’re doing or how they’re influencing us.

Irish dancing by a priest, the deacon and a sacristan during a mass that streamed online.

We want to hear from you. Tell us what you think of this newsletter and what else you’d like us to explore. You can reach us at ontech@nytimes.com.

Get this newsletter in your inbox every weekday; please sign up here.