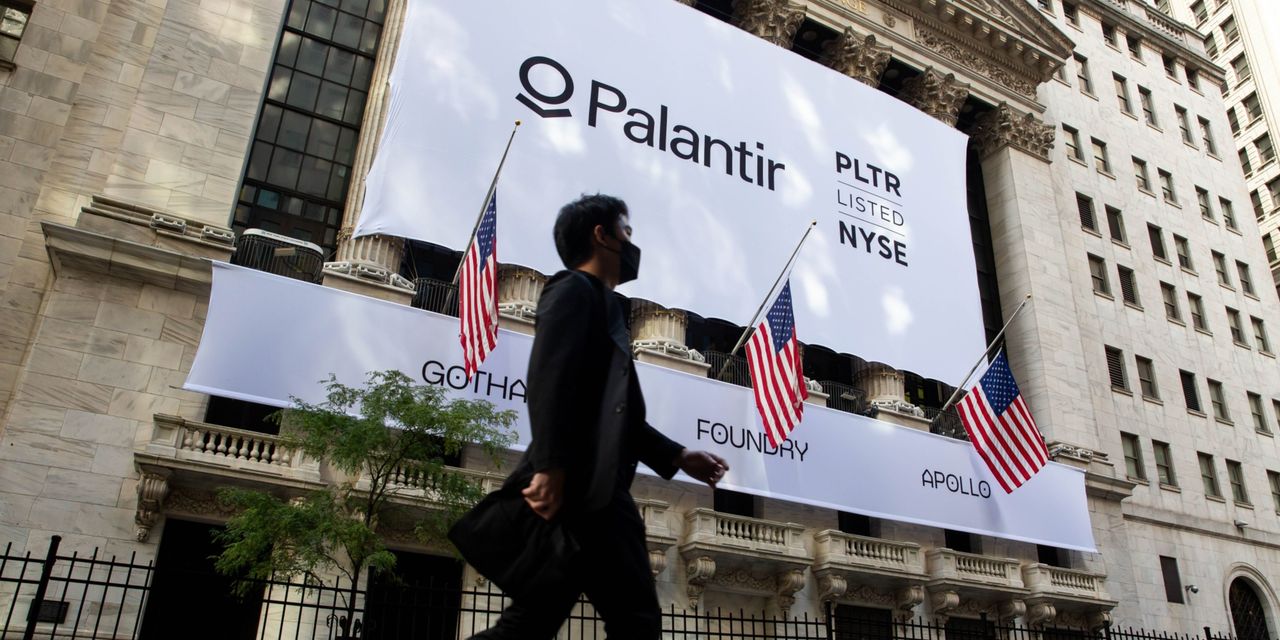 shares are losing ground amid continuing concerns about the valuation of the big-data analytics company, as well as worries that it will face a less friendly reception from its most important customer, the U.S. government, with Wednesday’s change in the White House.

Palantir (ticker: PLTR) provides software tools that ferret out connections from very large data sets. Its customers include large companies, nonprofits, and governments, including U.S. security agencies. The company went public in a direct listing last year, with an opening trade of $10 a share, and eventually spiked above $30, before settling into the mid-$20 range.

William Blair analyst Kamil Mielczarek picked up coverage of Palantir shares on Wednesday with a Market Perform rating, consistent with most other analysts’ coverage of the company. The widespread concern is valuation, given that the stock trades for about 36 times the per-share revenue Wall Street expects for 2021.

“Palantir has developed a best-in-class data management platform for government and commercial organizations,” Mielczarek wrote in a research note. “The software acts as a central operating system for an organization’s data pipeline as it allows businesses to securely integrate all data sources, define relationships between their data, and let business users analyze previously siloed data through a single interface.”

Even without writing code, industry experts can create interfaces that allow users to interact visually with data, making it possible for people throughout an organization to make data-driven decisions, he said.

The analyst noted that the company has been building its relationship with the U.S. government, and in particular with the Army, where annual run-rate revenue has grown to more than $158 million in 2020, from $8 million in 2018.

But he also sees some risks in the change in administrations. Peter Thiel, the company’s founder and largest investor, was a major supporter of Donald Trump’s first presidential run, though he backed away from his support in the latest election cycle. During the election, some people saw Palantir as a “Trump stock,” rather than a “Biden stock.”

Mielczarek noted that Palantir has a potential market of $119 billion, with a penetration rate of less than 1%. But he cited concerns about valuation, nonetheless.

“While we are optimistic about Palantir’s ability to maintain strong growth in calendar 2021, the changing U.S. government administration and the company’s historically volatile commercial segment growth rates leave us concerned about more rapid deceleration in outer years,” he wrote. “If revenue growth decelerates closer to the growth rates achieved in 2017 and 2018, then the downside for the stock could be significant.”