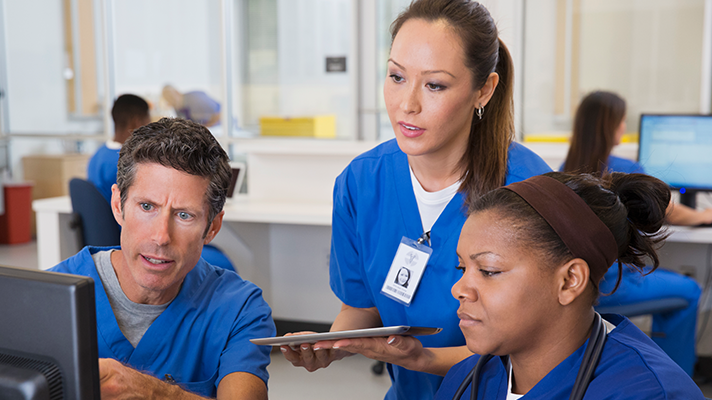 
As one of the provisions of the 21st Century Cures Act, the Office of the National Coordinator for Health IT contracted with the Urban Institute to develop a reporting program collecting information from developers about electronic health records. As part of that program, the Institute will conduct a survey of providers to provide their assessment of EHR technologies.

This week, Pew Charitable Trusts and MedStar Health’s National Center for Human Factors in Healthcare published an open letter to the Urban Institute urging it to more heavily focus on patient safety factors in the development of the survey.

“EHRs affect and can improve nearly every aspect of patient care, yet when problems occur, they can be devastating – even deadly,” wrote Pew Charitable Trusts Health IT project director Ben Moscovitch and MedStar Health National Center for Human Factors in Healthcare director Raj M. Ratwani in the letter.

“The proposed survey represents the first step in leveraging the EHR reporting program to collect data to improve usability, and ultimately safety,” they continued.

EHR usability – or lack thereof – can play a major role in patient safety, including contributing to medication errors and delays in potentially vital lab or diagnostic orders.

“These types of inefficiencies precipitate the need to develop workarounds, create an overabundance of unnecessary alerts, and can lead to many other issues, given the central role that EHRs increasingly have in helping clinicians review health information, obtain decision support, and order procedures,” wrote Moscovitch and Ratwani.

To that end, they urged, the Urban Institute’s survey should collect data on whether the EHR has generally intuitive workflows, whether it provides uncluttered pick lists for placing medication orders and whether it enables simple entry of patient information.

“Finally, to obtain more in-depth information on usability concerns and perceived safety risks, the survey should also include an additional open-ended question related to safety. For example, the survey could request open-ended data on the following: ‘What safety risks do you feel exist within your EHR?'” the letter suggested.

The survey should also concentrate on potentially high-risk EHR functions when rating features, focusing not just on ease of use but on the likelihood of the functionality to present a risk to patient safety.

The authors also pointed out that the ONC’s certification program’s safety enhanced design program requirements already capture some potentially useful data about EHR usability, but that many of the approaches EHR developers take for SED differ.

“Pew, MedStar Health and AMA developed test cases [that] focus on areas of known usability and safety issues, and meet the identified rigorous criteria to ensure that they are representative, contain concrete goals, test risks, and focus on the intended audience,” wrote the authors, who urged ONC to require the use of similarly rigorous test cases and collect data on the SED requirements for them.

“Such an approach would provide meaningful data on the general usability processes and safety,” wrote Moscovitch and Ratwani.

This isn’t the first time Pew has urged ONC and its affiliates to take a more active approach in pushing EHRs to prioritize patient safety. In 2018, as Moscovitch and Ratwani note, Pew, MedStar Health and the AMA said federal certification requirements fall short when it comes to assessing whether EHRs could be contributing to patient harm.

Pew has also advised the ONC to prioritize patient safety for EHRs used in pediatric care.

“While the reporting program as a whole will involve critical data submission requirements from EHR developers, the proposed survey component offers an important opportunity for doctors, nurses, and other clinicians to provide their assessment of the technology, and should include a greater focus on aspects that can influence patient safety,” wrote Moscovitch and Ratwani.