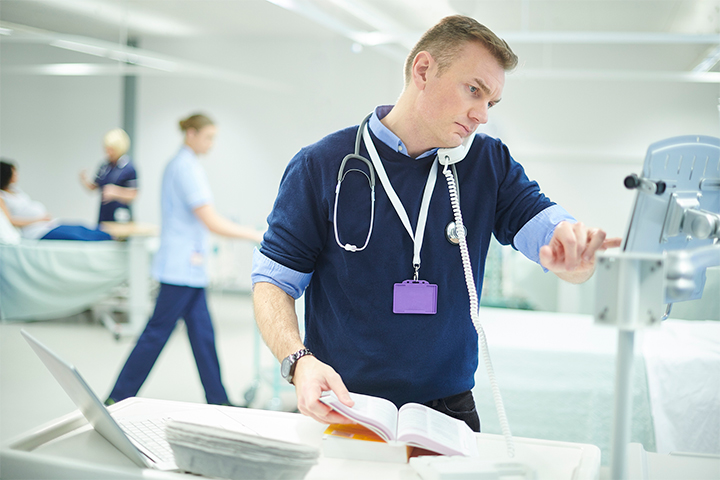 
WASHINGTON — Prior authorization requests made by physicians to Medicare Advantage plans would get a little simpler under legislation that a bipartisan group in Congress plans to introduce this week.

The “Improving Seniors’ Timely Access to Care Act of 2019” sets standards for electronic requests for “prior authorization” — pre-approval from an insurer for a particular medicine or procedure — in the Medicare Advantage program. The bill, which is expected to be introduced Wednesday or Thursday, includes a surgical exception during the perioperative period, as well as a path for real-time decisions and protections for beneficiaries, according to congressional staff members. It also requires stakeholders to give Congress recommendations on ways to further streamline the prior authorization process.

Cosponsors of the bipartisan bill include Rep. Roger Marshall, MD (R-Kan.), Rep. Mike Kelly (R-Pa.), Rep. Ami Bera, MD (D-Calif.), and Rep. Suzan DelBene (D-Wash.). Kelly and DelBene are members of the House Ways & Means Committee, which would likely have jurisdiction over any prior authorization bill. Although the bill would apply only to Medicare Advantage plans, private insurers often follow suit once Medicare puts a particular policy in place.

The bill is not the only development happening on the prior authorization front. In May, the Committee on Operating Rules for Information Exchange (CORE), a division of the Council for Affordable Quality Healthcare (CAQH) issued operating rules to promote automation in prior authorization; today, 88% of prior authorizations are done partially or entirely manually, using phone and fax. The CORE group includes more than 130 stakeholders — health plans, provider groups, government agencies, and standards organizations — “and by creating those standards, it creates common expectations between plans and providers about what information needs to be exchanged, when, and how,” April Todd, senior vice president of CAQH CORE, said in a phone interview.

With the standards, “we’ve put rules in place so that when a provider submits a request to a health plan, there are rules about information that needs to be submitted for the patient — even standards around ‘first name, last name, date of birth,’ so that the health plan can find the patient in the system,” Todd explained. “Often, prior authorizations are declined because the plan can’t find the patient.”

Another example of standardization involves the reasons a plan doesn’t act on a prior authorization request. Often, “once a provider submits a request, what the plan sends back to the provider is that the request was ‘pended,’ or put on hold for more information,” said Todd. “The provider receives the response back and does not know what to do next. We put standards around [situations in which] the plan is requesting more information — what they need information on and what kind of documentation they need, so the provider will know ‘I need to send a lab result back.'”

For example, if lab results are what is needed, CORE has specified some example LOINC [Logical Observation Identifiers Names and Codes] codes, which the plan can send to the provider to indicate the desired laboratory information.

CORE’s rules were approved by 90% of the group’s participating organizations, and are available for adoption by the industry right now, Todd said. “We’re also working on a certification test suite, and that will be available later this year,” she added. “Certification signals to trading partners that they are compliant with the rules. For example, many health plan participants in CORE require vendors to receive certification before a contract could be put in place.”

CORE expects that organizations will soon start implementing the standards, and CORE will be monitoring to see whether they are effective, according to Todd. However, “this is not the endgame in prior authorization,” she said. “We’re continuing to work on other components of the workflow; we’re starting to do pilot projects to test ways to help providers even before they submit a prior authorization, to figure out whether one is needed.”

CORE members also are awaiting word from the Department of Health and Human Services on standards for electronic attachments — test results, x-rays, or anything else that could be sent electronically as part of a prior authorization request. The push to standardize handling of attachments began with the Health Insurance Portability and Accountability Act (HIPAA) back in 1996, according to Robert Tennant, director of health information technology policy at the Medical Group Management Association.

HIPAA included a directive for the federal government to develop standards for electronic attachments, but that provision didn’t seem to be getting any results, so when the Affordable Care Act (ACA) was passed in 2010, it too included a provision requiring the federal government to issue a final rule on standardizing electronic attachments. The ACA provision, which was included in Section 1104 of the law, even had a deadline: Jan. 1, 2014. But that day has long since passed without any action.