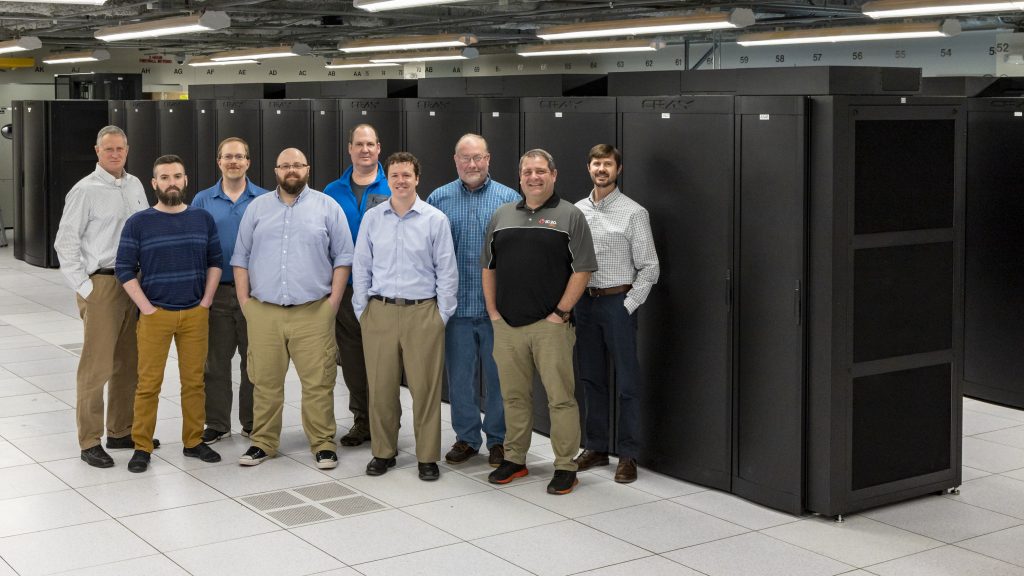 
The National Climate-Computing Research Center (NCRC), hosted by Oak Ridge National Laboratory (ORNL), has been supporting the climate research of the National Oceanic and Atmospheric Administration (NOAA) for the last 11 years – and now, the two institutions have renewed their vows. For at least the next five years, the Department of Energy (DOE, here represented by ORNL) and NOAA will continue to cooperate on the NCRC, including through the commissioning of a brand-new supercomputer.

When the NCRC was established in 2009, ORNL committed to “provide research collaboration and technical support for high-performance computer and data systems” in service of “[predicting] climate variability and change” as well as producing “decision-support tools to facilitate understanding climate change, mitigation strategies and adaptation options” for the United States.

“The objective is to increase dramatically the resolution, complexity, and throughput of computer model-based projections of climate variability and change to enable sound decision-making on issues of national importance, such as future energy use and technology options,” said Jim Rogers, director of computing and facilities for the NCCS, in an interview with ORNL’s Coury Turczyn.

Throughout its history, the NCRC has been served by the Gaea supercomputers: four iterative systems that have grown from 260 peak teraflops to the current iteration’s 5.3 peak petaflops, which is delivered by twin Cray XC40 systems. Under the extension of the partnership, the NCRC will solicit a fifth iteration of Gaea, which the NCRC expects will deliver around ten peak petaflops of computing performance. The NCRC is looking to select the new Gaea system in 2021.

Gaea supports a number of operations for NOAA, predominantly through NOAA’s Geophysical Fluid Dynamics Laboratory (GFDL). The GFDL uses Gaea to assist in the development of NOAA’s unified modeling suite across several dimensions, including FV3, the new dynamical core for the Global Forecast System.

“Gaea is crucial to GFDL’s mission,” said Whit Anderson, deputy director of the GFDL at NOAA. “We are continually pushing the boundaries of Earth system science and seamless modeling. … The interest in and request for the components (for example, FV3 and MOM6) and configurations (such as CM4 or SPEAR) of this system have grown substantially over the last decade. We expect that to continue and likely ramp up. Having the highest level of uptime, performance and support is essential to us meeting these needs. Having complete confidence in our partnership with NCRC/ORNL has been and will be a critical part of our success.”

Through the extension, the NCRC will also undertake a series of new interagency projects, as-yet unspecified in their scope.

To read the reporting from ORNL’s Coury Turczyn, click here.