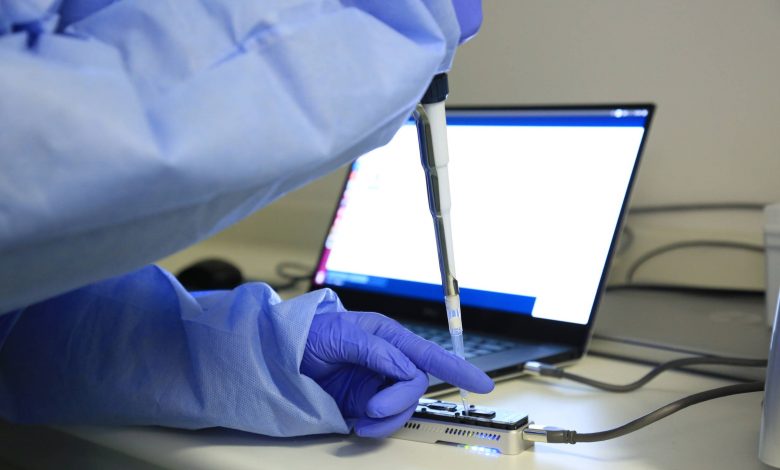 In 2020 the UK carried out a global genomic surveillance effort for the new coronavirus (SARS-CoV-2). Of the 323,000 sequences published on the Gisaid platform by January 5, 2021, in which scientists from different countries exchange information about the pathogen in real time, 137,000 (42%) are of British origin. Thanks to these efforts, the emergence of the new variant B.1.1.7, which is regarded as between 50% and 70% more transferable than the variant originally from Wuhan in China, could be identified relatively quickly.

This new strain was first detected in Brazil on December 31 by researchers from the Institute of Tropical Medicine (IMT) of the Faculty of Medicine of the University of São Paulo (FM-USP) and the Dasa laboratory network in samples from two patients suspected of having COVID-19 treated in São Paulo. The sequencing work was coordinated by Professor Ester Sabino.

With these two new sequences, which are stored on the Gisaid platform, Sabino’s group has reached the mark of 600 sequenced complete genomes. The number corresponds to about 30% of the 1,828 strings posted on the site by Brazilian groups.

According to the researcher, this was only possible thanks to the human and material resources available at the Brazilian-British Center for the Discovery, Diagnosis, Genomics and Epidemiology of the Arbovirus (CADDE), a Fapesp-supported project originally designed to study diseases such as dengue -Fever and Zika.

However, CADDE researchers estimate that the Brazilian situation with regard to genomic surveillance for SARS-CoV-2 is far from ideal.

“Brazil only sequenced 0.024% of the confirmed cases in the country [a porcentagem foi calculada com base nos dados da Universidade Johns Hopkins]In the UK that figure is 5%, ”comments Darlan Cândido, a CADDE member who is currently doing a PhD at Oxford University, England.

While it has made more progress than some South American neighbors like Argentina (0.003%), Colombia (0.013%) and Venezuela (0.010%), Brazil lags behind other emerging economies, including India (0.042%) and Mexico (0.096%) and South Africa (0.256%) – the latter has already posted almost two (2,882) sequences on the Gisaid platform, although Brazil has a confirmed number of confirmed cases that is about seven times higher.

And as Cândido points out, it’s not just a question of quantity. The Brazilian information is poorly distributed in time and space. “More than 75% of the sequences available today come from the southeast region, which significantly limits understanding of what is happening in the rest of the country. In addition, most of the data was generated in the first half of 2020. Only 8% of the strings were published between August and December, so it is not known, for example, how long the new variant has been around in the country and how widespread it is in the EU, ”he says.

CADDE researchers do not know the exact cause of this “blackout” in the second half of last year. These hypotheses include difficulties in importing reagents for genome sequencing, the high cost of inputs and equipment (made difficult by the high dollar), and the lack of skilled professionals for this type of work outside of the Southeast region.

“In our case, we had problems importing some inputs that were missing on the national market. We received many poor quality reagents and had to re-import. In addition, we completed the projects we started in the first semester, one of them with the aim of understanding the transmission rate in the hospital, “says the PhD student at the medical faculty (FM) of the USP Ingra Claro.

Virologist Fernando Rosado Spilki, who coordinates the Corona ômica network set up between March and April by the Ministry of Science, Technology and Innovation (MCTI) to lead efforts to monitor the genome in the country, admits that there were delays in the last semester. but it guarantees that in the moment great efforts are being made to make up for lost time.

“Most of the sequences published in the first semester were created with funds from projects on other topics that were already in place and were diverted to research into SARS-CoV-2. Despite the fact that the development agencies have gone to great lengths to quickly free up more resources, there are bureaucratic obstacles that make this process time consuming, ”explains Spilki Agência Fapesp.

According to the virologist, new sequences that have already been completed and are still being analyzed should be published on international platforms very soon. “A lot of bioinformatics has to be done after sequencing, and this requires a computer infrastructure that isn’t built overnight. We are improving this infrastructure and investing in the purchase of inputs. We intend to set up a task force to sequence the samples from the less studied period [segundo semestre de 2020] and also to keep track of what is happening with the virus, ”says Spilki.

The Corona-ômica network has resources from the study and project financier (Finep) and brings facilities such as the National Laboratory for Scientific Computing (LNCC / RJ), the Adolfo Lutz Institute (IAL / SP) and the Oswaldo Cruz Foundation (Fiocruz / RJ and PE), the Ezequiel Dias Foundation (Funed / MG), the Evandro Chagas Institute (IEC / PA), the State University of Campinas (Unicamp) and USP.

As long as the new data is not published, the information published by the CADDE team and science staff will continue to apply in July 2020 (the final version of the article was published in September).

“We currently know that there are 38 different SARS-CoV-2 strains in circulation in Brazil. Apparently the three variants of European origin that emerged in São Paulo and Rio in February 2020 still predominate. However, since little data was published after July, it is possible that this has changed, ”says Cândido.

Since Brazil is a country with continental dimensions, says Cândido, what happens in the north or in the south is not necessarily similar to what happens in the south-east. “It is important to understand the genetic diversity of the virus circulating in the country. Only then is it possible to spot newly emerging strains and see if they can affect the transmission, number of cases, and severity of the disease. Without this type of study, we remain in the dark, ”he warns.

According to Sabino, around 800 strains of the new coronavirus have been described worldwide. The British variant B.1.1.7 – also called VOC (variant of concern, in the English acronym) – is one of the few that exhibited different epidemiological behavior than the strain from Wuhan, China.

“In the beginning it was very rare and only found in the south east of England. Despite all the control measures, their frequency has increased and now accounts for around 60% of the new cases diagnosed in London. When creating the growth curve, it was clear that this strain had a higher transmission rate than the others, ”says the researcher.

The large number of mutations in the region of the genome that encode the spike protein – used by the virus to bind to the human cell receptor and enable infection – has been identified by scientists as the cause of the greatest potential for infection in B.1.1 .7 identified.

The fact is that these mutations are already affecting the sensitivity of diagnostic tests, warns José Eduardo Levi, researcher at IMT-USP of the Dasa laboratory network and one of those responsible for the detection of the new strain in Brazil.

“I didn’t pay much attention when I read about the discovery of B.1.1.7 in mid-December. However, shortly after Christmas it was reported that the strain was more transmissible and that carriers of this variant had a positive but abnormal result, leading to some RT-PCR-type tests. When I read this report, I found that the test they used in the UK was the same one we had just implanted into the Dasa network for saliva testing, ”says Levi.

As the researcher explains, it is an RT-PCR test that targets three genes, one of which codes for the spike protein [S]. If the patient is infected with the new variant, the test is negative for the S gene and positive for the other two.

“I then came up with the idea of ​​asking the Dasa team to analyze all positive saliva tests – there weren’t many yet – and select those that showed this abnormal pattern. We found two samples and tried to contact the patients. One of these people said he was taking in newcomers from the UK. So I was sure that this was the new variant even before I sequenced it, ”he says.

Levi sent the two samples for sequencing by the CADDE and Lutz researchers, and the suspicion was confirmed.

“We sequenced the material using a portable and inexpensive technology called MinION. Next, we compare the result with the reference genome [mapeado em 2019, na China] and with 127 other sequences of this variant B.1.1.7, which are available on the Gisaid platform and made possible the construction of phylogenetic trees. The data show that the samples correspond to two independent introductions, ”says Flavia Sales, who is aiming for a master’s degree at FM-USP under the direction of Sabino.

The researchers emphasize the importance of monitoring the genomic evolution of the virus to ensure the accuracy of diagnostic tests and the effectiveness of vaccines.

“We still don’t know if this new tribe will manifest itself in Brazil following the same behavior as in the UK. We also don’t know whether the tribes that are here are more or less transmissible. In any case, laboratories that use this type of RT-PCR testing kit [com foco no gene da proteína spike] You have to analyze your protocols again, ”says Sabino.

Levi says Dasa intends to modify the reagents used in the RT-PCR tests performed with intranasal secretion (collected with the swab-type swab) so that they also display this abnormal pattern in patients with the recognize new variant. “This can help monitor the spread of the B.1.1.7 strain in the country,” says the researcher.