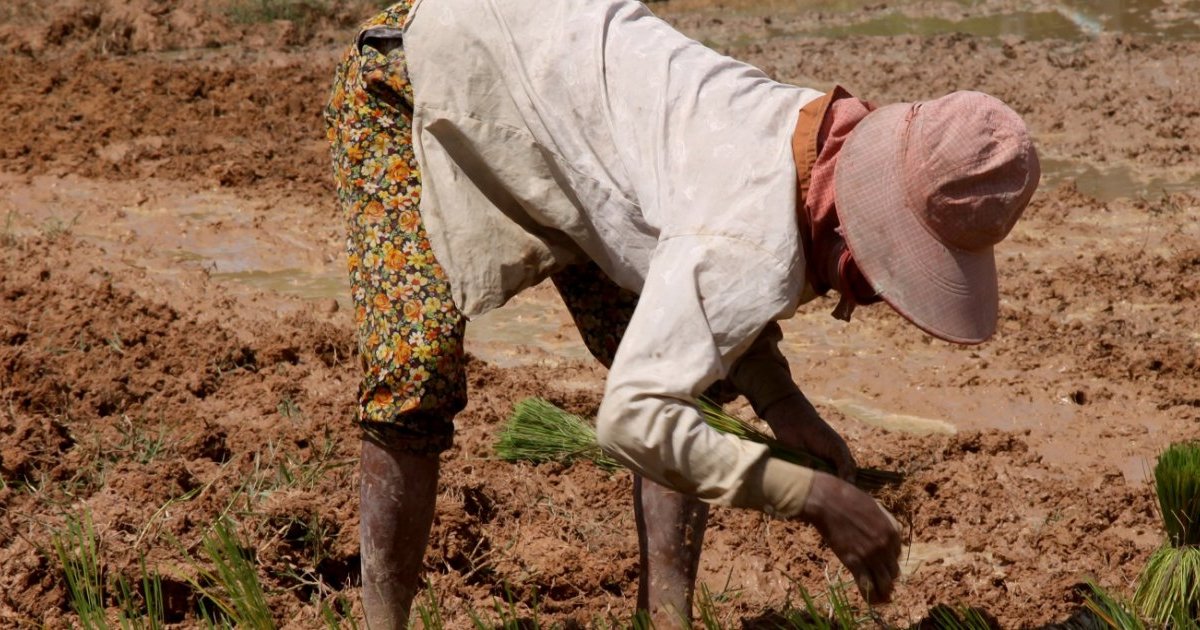 When we think of agricultural technology, what often comes to mind is tractors and harvesters. But, in today’s world, we now have drones that hover over crops to detect pests, sensors that monitor soil temperature or moisture, algorithms that advise on the amount of fertilizer or pesticide to use and blockchain systems that allow a product to be traced from origin to consumer.

Technology is rapidly expanding in the agricultural sector, with the digital farming market expected to reach the US$15 billion mark (around €12.5 billion) in 2021, according to PA Consulting, three times more than the US$5 billion generated in 2015. Included in this growth is the value of the software, algorithms, platforms and links between farming and technology hardware, the consulting firm explains. And one of the keys is big data, the gathering of vast amounts of information, in this case about crop characteristics, growing conditions and processes.

Public opinion on the ‘technification’ of agriculture – hailed as one of the keys to fighting the climate emergency and ensuring sufficient food to feed a growing population – is largely positive. “The dominant narrative is that digitalisation is good for everyone,” says Neth Daño, Asia director of ETC (Action Group on Erosion, Technology and Concentration), which monitors the impact of technology on agriculture.

According to a 2009 report by the United Nations Food and Agriculture Organization (FAO), a 70 per cent rise in overall food production will be needed to feed the estimated 9.1 billion people forecast to be living on the planet in 2050.

New technologies may help many farmers escape poverty and provide people with cheaper food, but they also carry risks, explains Daño, who feels the narrative surrounding the benefits are overblown. “I am concerned about the problem of access to this technology. And let’s not forget that digital development depends on network connectivity,” she says.

The same trend is visible in the field of digital agriculture, according to the PA Consulting study. The greatest growth potential is therefore expected in North America (33 per cent of the total), followed by Europe (24 per cent) and South America (19 per cent).

Even in the richest countries the use of digital agriculture is still limited, however. In the United States, for example, “less than 20 per cent of acreage is managed using the technology, due to the high cost of gathering precise field data”, according to a study by consulting services firm Accenture, which offers technology services applied to agriculture.

“Precision farming is actually designed for large industrial operations. It is in no way designed for small farmers or those who do agroecology. When they say that, it’s propaganda,” says Neth Daño.

The ultimate purpose of the data is to determine each farm’s needs and to tailor the supply of inputs, such as fertilisers, pesticides or even machinery.

For Kartini Samon, part of the Asia team of GRAIN (a small, international non-profit organisation that works to support small farmers and social movements in their struggles for community-controlled and biodiversity-based food systems), this technology risks widening the ‘digital divide’, as access to these tools will be more difficult for small farmers. “The quality of precision farming will depend on the quality of the information that is collected and those who can’t afford these technologies will not be able to measure things in the same way,” says Samon. “They are not going to get the same kind of accurate advice,” she explains.

This type of technology is also likely to encourage monoculture-based agriculture, where data collection is much more efficient than on smaller farms with crop diversity. “The data that companies collect on small farms is very poor.” Samon explains. “Data collection and analysis is simpler in monocultures, so if you grow a variety of things, you’re not going to get such accurate recommendations.”

A market for the few

One of the main risks attached to the advance of technology in agriculture is the growing integration in the industry, both vertical and horizontal, with increasingly large corporations controlling a growing share of the food system, according to a report commissioned by the International Trade Union Confederation on digital chapters in free trade agreements and the impact on labour. The advance of tech companies in the sector presents new challenges to those who depend on small-scale farming for a living, notes the report.

“The fear is that when data becomes one of the industry’s key assets, […] more and more power will be concentrated in the hands of fewer and fewer players,” Duncan McCann, a researcher for the New Economics Foundation and author of the report, tells Equal Times.

The trend is already underway in the industry, and recent years have seen the mergers of large agribusiness companies, creating a small number of what McCann refers to as “mega companies”.

In 2017, for example, the Chinese state-owned company ChemChina bought Syngenta, one of the world leaders in the seed and pesticide market, creating one of the largest corporations in the sector. At the same time, ChemChina bought Sinochem, another Chinese state-owned company specialising in agrochemicals. Also in 2017, the chemical company DuPont merged with Dow Chemical, one of its main rivals, and set up three independent companies, including Corteva Agriscience, specialising in agriculture. A year later, the controversial Monsanto, the inventor of glyphosate, merged with pharmaceutical company Bayer, which had already started to establish a foothold in the agrochemical business. Monsanto, in 2013, had already bought The Climate Corporation, a digital agriculture company, whilst, in 2016, Bayer acquired Planetary Resources, an asteroid mining company which, according to the ETC group, has been used to report on soil temperature and moisture.

Agribusiness companies are not the only ones seeing the business opportunities in agricultural data. As Neth Daño explains, corporations that are not traditional players in food systems, whose business is based on digital technology, are merging with these companies. One of the most notorious examples is IBM, which acquired The Weather Company in 2015, and formed the Watson & Cloud Platform. In 2019, the company announced that the business was being expanded with the Watson Decision Platform for Agriculture, to offer a weather and data analysis service for farmers. IBM acknowledged how important data was to the company in a 2019 press release: “These days farmers don’t just farm food, they also cultivate data,” said Kristen Lauria, general manager of IBM Watson Media and Weather Solutions at the time. And as Daño points out, “All the mega-mergers in the agrochemical and technology sector are about controlling big data.”

McCann points to other risks, such as the digitalisation of food distribution, which creates “regulation and accountability problems”, or the use of new forms of biopiracy – the unethical appropriation or commercial exploitation of biological resources specific to a region or to one or more indigenous groups. There are also challenges, he explains, in terms of national jurisdiction, with companies now able to customise, assemble, and also make very specific changes to the genes and DNA sequence of plants, or to assemble something very similar to an important local biological resource, and to protect it, bypassing existing [local] legislation, which is a growing source of concern.

When put to good use, however, new technologies also have the potential to benefit small farmers.

Blockchain technology, for example, is being used in the recognition of land titles for minority groups and delivery applications are being used for direct food distribution based on the principles of proximity and sustainability, including in countries of the Global South.

But for small farmers to reap the benefits, big data needs to be regulated, something only the Chinese government is doing at the moment, and political space needs to be given for farmers to make their voices heard. “There is no space for farmers at the moment. And yet it should be the farmers themselves who decide which elements of the technology are beneficial for them,” concludes Daño.