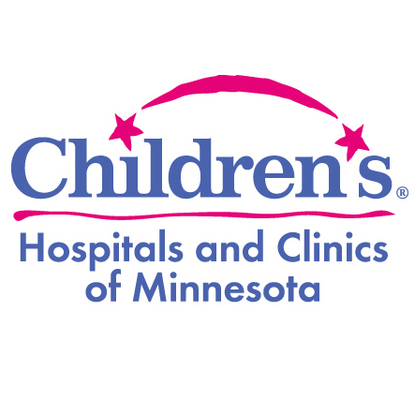 September 02, 2014 – For a healthcare organization growing through acquisitions, affiliations, and brand-new construction, integration is a continuous process requiring mechanisms for pushing and pulling patient data to numerous health IT systems and end-users with specific needs.

“Even though the clinic is sitting right next door, integration has gone worldwide,” says Joe Pinotti, Interface Engineer at Children’s Hospitals and Clinics of Minnesota. “You have standards for data transformation, but companies in different parts of the world have different standards of integration. The challenge involves knowing what is being sent and how can we transform that data to pass it on. That is one of the biggest challenges we have seen.”

The evolution of pediatric health system in and around the Twin Cities made integration a high priority, one addressed through an integration engine from Orion Health called Rhapsody that can eliminate the need for one-off interfaces.

“We’re on Cerner Millennium for our main HIS, Sunquest for our lab, and Nuance for our dictation systems. The EMR is housed in Cerner — that’s the mothership — and we have many ancillary systems and all kinds of different one-off’s that Rhapsody feeds,” adds Pinotti.

At Children’s Hospitals and Clinics of Minnesota data integration and transformation are one and the same. The main challenge is identifying the output inputted data needs to take the form of.

“It transforms all kinds of patient, financial data in the engine and sends to or accept its from ancillary systems where they want to be fed — it can be by file structure, transfer, HL7, etc. — whatever the user prefers we can go with Rhapsody,” Pinotti explains. “If the lab system wants ADT, we send HL7 to them. If they want it in a PDF, that’s what we give them. We could even post it to a local website as well.”

Secondarily, the pediatric health system has had to deal with the basics of moving information over the wire, which can vary depending on the telecommunications infrastructure that exists between its various sites.

“There is also the challenge of just plain-old connectivity with some of these disparate systems,” Pinotti reveals. “The clinic may be next door or your lab system is right here, but you’re really connecting down to Kansas City to do all of this stuff because it’s cheaper. There are tons of jumps, hops, skips, and tunnels to go through to get down to Kansas City. Once we get those roadways set, they seem to work out pretty well.”

While the health IT integration efforts at Children’s Hospitals and Clinics of Minnesota are working well, there is room for improvement, says Pinotti. Those improvements tend to fall into two areas related to streamlining.

The first is getting toward a lighter code. “We’re coders and humans. During lighter times we try to improve on code in Rhapsody. We try to make it within Rhapsody as smooth as possible. That means we have to go over pieces of bulkier code, analyze the data flow, and determine how to make it better,” notes Pinotti.

The other is cutting down on unnecessary components of the engine that were thought to be vital when first deployed.

“We are also trying to cut down on the infrastructure that we have built in Rhapsody, which is all good but we don’t need a lot of it,” Pinotti maintains. “We put it in there when we were trying to get stuff into production and it worked. Now we go back and see what steps we need. It just comes with experience like using your phone — what is the fastest way to get that flashlight up on your phone…on the front page.”

For a health system to not develop an unwieldy health IT infrastructure, it needs to finds methods for simplifying how data flows from one system to another and avoiding simply dropping another obstacle between two endpoints.