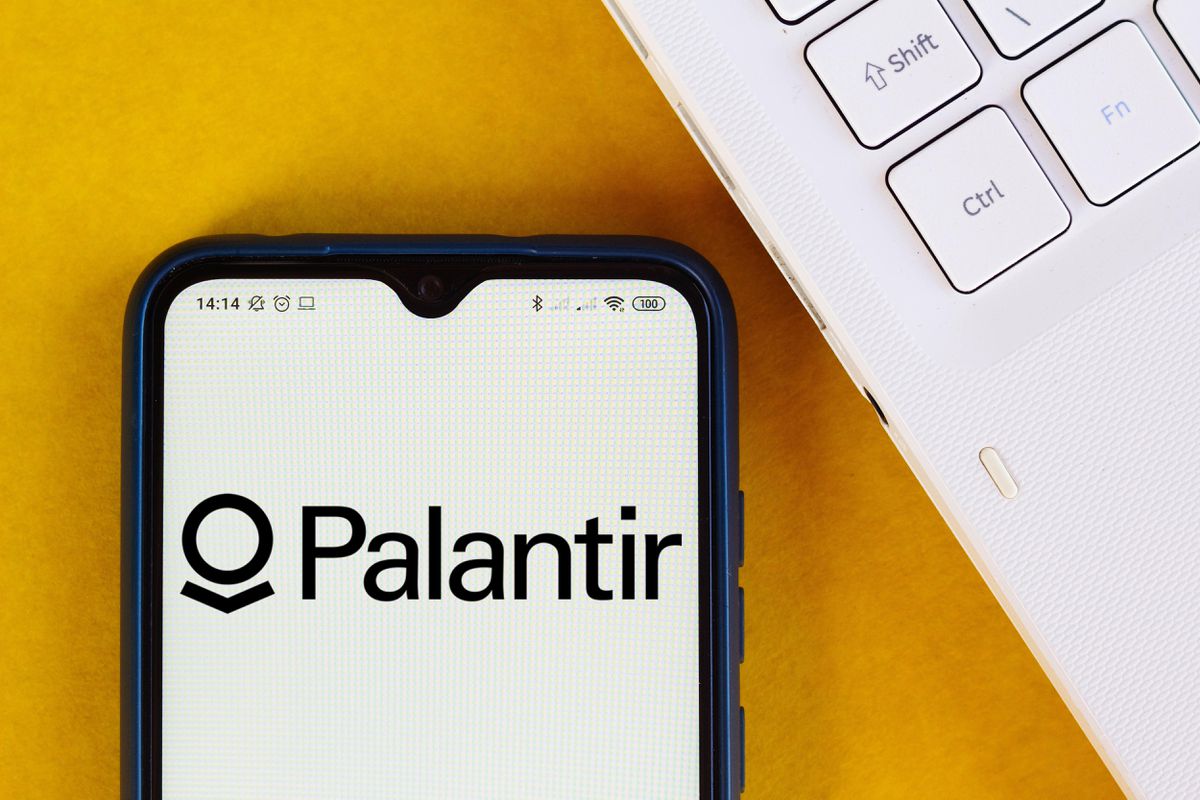 The stock price of big data and analytics player Palantir (NYSE: PLTR) is down by about 20% over the past month. Although the company has seen some positive developments in recent weeks, including a new two-year contract with the UK National Health Service and a renewal of a previous deal with the U.S. Army that is valued at about $114 million for a year, the stock is being weighed down by a couple of factors. Firstly, some sell-side analysts have turned bearish on the stock, citing its high valuation. Palantir is up around 2.5x since its IPO and trades at about 28x projected 2021 Revenue. Secondly, Palantir’s IPO lockup period – through which insiders are forbidden to sell their holdings – will expire following its next earnings release, likely in mid-February. While Palantir went with a direct IPO that enabled insiders to sell 20% of their holdings at the time of listing, they will be free to sell the other 80% of their holdings as the lockup expires, boosting the supply of the stock. It’s possible that this could also be weighing on the stock.

See our interactive analysis on Palantir’s Valuation for more details on the company’s Revenues, current valuation, and how it compares with other analytics and software players.

Palantir (NYSE: PLTR) stock has seen some big moves in recent weeks. While the stock had a muted debut post its September IPO, partly due to its direct listing that enabled insiders to sell their holdings, bolstering initial supply, the stock has more than doubled over the last one month, rising from levels of around $11 in early November to about $24 currently. So what has been driving the stock in recent weeks? While there hasn’t been a big change to the company’s fundamental picture to warrant such a jump, a combination of high retail investor interest in big data and analytics companies and marginally better than expected Q3 2020 earnings figures likely helped the stock. Over Q3, Revenues rose 52% year-over-year as the company continued to gain ground in the Government vertical (revenue up 68% year-over-year) with Commercial sales growing 35%.

While we thought Palantir’s valuation was attractive at levels of about $10 (see our comparison of Palantir and Snowflake below), we think its richly valued right now. Palantir now trades at about 40x projected 2020 Revenues. While this is still behind the likes of Datadog
(which trades at 50x estimated 2020 Revenues) and Snowflake (over 150x), Palantir does have some unique risks. Firstly, Palantir typically benefits from significant economic and geopolitical uncertainty, and the Covid-19 pandemic and the related recession were likely big drivers of growth this year. However, with the availability of a highly effective Covid vaccine looking likely by early 2021, things could start to return to normal, potentially hurting growth. Secondly, Palantir remains highly dependent on government contracts (about 55% of total Revenue) – particularly in areas related to surveillance and national security – causing transparency and perception issues. Palantir’s most recent report indicates that the company is actually increasing its exposure to this space. Also, as we’ve noted previously, Palantir’s products don’t scale as seamlessly as other SaaS players, as they need to be adapted to the unique needs of customers. This could also hurt long-term growth.

See our interactive analysis on Snowflake’s Valuation and Palantir’s Valuation for more details on the two companies’ valuation.

Palantir (NYSE: PLTR) stock rallied by about 35% over the last week, trading at levels of about $14 per share, after remaining largely listless post its late September debut. Big data and analytics is a hot sector at the moment, though investors have been on the fence about Palantir’s stock, given its high exposure to government contracts and also due to questions regarding the company’s ability to scale-up its user base. While it’s difficult to pinpoint what exactly caused the jump last week, there could be a couple of factors.

Through Covid-19, Palantir has been seeing higher traction from the public health space, with its services used to track Covid-19 data from hospitals and to trace the spread of the virus. The company is also developing tools to help authorities with the logistics related to Covid vaccines. Last week it was reported that the company was in talks with the U.K government to support its contact tracing efforts in the country. This could give investors some confidence that the company is diversifying its revenue streams to an extent within the government space to areas that have lower transparency and perception issues. With the company’s Q3 earnings due on November 12, investors are likely anticipating a strong quarter.

The last month saw Palantir (NYSE: PLTR) and Snowflake (NYSE: SNOW) – two relatively high profile software players go public. Snowflake’s software enables organizations to manage and analyze large quantities and diverse types of data across public clouds such as Amazon’s
AWS in a single, easy to use platform. Palantir offers big data and analytics solutions primarily used by governments and intelligence agencies, although it has been expanding its presence in the commercial space.

While the two companies are focused on big data, investors are valuing them very differently. Snowflake stock trades at over 120x projected FY’21 Revenues (FY ends January) while Palantir trades at just about 15x projected FY’20 Revenues (FY end December). Does this make sense? How do the companies compare in terms of business models, revenue growth rates, and margins? We provide more details below.

See our interactive analysis on Snowflake’s Valuation and Palantir’s Valuation for more details on the two companies’ valuation.

Palantir’s Revenues grew by 24% to about $740 million in 2019 and growth is likely to pick-up to levels of over 40% in 2020 as Covid-19 related disruptions increased demand for the company’s services. In comparison, Snowflake saw Revenue grow 173% from $97 million in FY’19 to about $265 million in FY’20, although the growth rate is likely to slow down to roughly 110% over the current fiscal based on consensus figures. Overall, Snowflake’s Revenues should grow at a higher rate compared to Palantir, considering its SaaS-based model which can scale to a large base of customers with much less customization. Palantir, on the other hand, needs engineers to adapt its tools to the unique needs of customers. Snowflake had over 3,100 customers as of July 2020, compared to Palantir which had about 125 customers as of its last fiscal year.

While Palantir is slightly ahead in terms of profit margins considering that it is the more mature company (Palantir was founded in 2003 versus Snowflake which was founded in 2012), we expect Snowflake to be more profitable in the long-run given its relatively more standardized product and lower customer acquisition costs. Snowflake posted a Gross Profit Margin of 62% for the first six months of FY’21, with Operating Margins standing at -72%. Palantir’s Gross Margins stood at about 72% over the first six months of 2020, with Operating Margins coming in at about -35%.

Snowflake stock has more than doubled from its IPO price of $120 to about $250 currently, valuing the company at about $70 billion. Palantir, on the other hand, hasn’t moved too much since its listing and is valued at about $15 billion. There are a couple of reasons for Snowflake’s premium valuation. Firstly, the company is growing much faster than Palantir and should also be more profitable in the long-run given its highly scalable delivery model. Investors have also been paying a big premium for growth stocks. Secondly, unlike Palantir which has high exposure to government contracts – particularly in areas related to surveillance and national security – causing transparency and perception issues, Snowflake’s business is focused on more commercial customers.

That said, Snowflake has considerable valuation risk, considering that it trades at about 122x projected FY’21 revenues, compared to Palantir which trades at just about 15x projected 2020 Revenues. The story could change quickly. If Snowflake’s growth rates slow down, with the company facing competition from cloud majors such as Amazon and Google
who offer their own data warehousing solutions, investors could re-think its valuation. On the other side, investors could double down on Palantir stock if they see more proof points indicating that the company is making progress in the commercial sector, via high profile deals or stronger Revenue growth.

Snowflake (NYSE: SNOW), the cloud-based data warehousing company that went public recently, is valued at about $60 billion, or about $220 per share. The company trades at a whopping 230x trailing Revenues – well above many other high-growth SaaS names. Can Snowflake justify this valuation? In our interactive dashboard analysis on Snowflake’s Valuation: Expensive Or Cheap we break down the company’s revenues and valuation and compare it with other high-growth software players. Parts of the analysis are summarized below.

Snowflake’s software enables organizations to manage and analyze large quantities and diverse types of data across public clouds such as Amazon’s AWS, Google Cloud, and Microsoft’s
Azure in a single, easy to use platform. Snowflake stands to benefit as businesses increasingly move to the cloud while leveraging big data and artificial intelligence. Although major public cloud players have their own data warehousing solutions, (Amazon’s AWS offers Redshift, while Google offers BigQuery), Snowflake’s platform offers more flexibility compared to rivals and works well across platforms. However, the big cloud players have a strong incentive to promote their own warehousing offerings, as it enables them to lock customers into their platforms and services. There is a possibility that these companies could use their vast resources and control over their respective platforms to gain an edge over Snowflake.

Let’s take a closer look at what’s driving Snowflake’s Revenue. Snowflake has two operating segments. 1) Products, which include Snowflake’s core data warehousing solutions. Customers pay according to the compute and storage that they use. 2) Professional Services – which includes consulting, on-site technical solution services, and training related to the platform.

Now Snowflake is not only adding new customers at a rapid clip, but it is also better monetizing its existing users. Snowflake’s Net Revenue Retention rate – which is the percent of revenue retained from the prior year after factoring for upgrades, downgrades, and churn – stood at 158%, indicating that existing customers continue to spend more.

Why Is Snowflake’s Trading At Such A Premium?

With benchmark interest rates at near-zero levels, investors have generally been paying a premium for growth. However, Snowflake stock, which trades at about 110x our projected FY’21 revenues for the company and over 230x FY’20 revenues appears pricey. Let’s compare Snowflake with other high growth SaaS and database players. Datadog trades at 76x trailing revenues and posted 83% revenue growth in 2020. Okta
trades at 25x trailing revenues and posted 46% growth over its most recent fiscal year. MongoDB
trades at 22x and posted 58% growth.

Sure Snowflake is growing faster than these companies, but there is another reason why the stock could be trading so high, namely a low supply of shares. Snowflake’s public float – which is the number of shares held by public investors – stood at just 28 million shares or about 10% of its total shares outstanding, and the low supply of shares is likely to have caused a bid up in the price. With Snowflake stock up almost 2x from its IPO price, it is very likely that employees and investors will choose to cash out as the post IPO lockup periods expire, putting downward pressure on the stock.

While Snowflake offers high growth, we think it comes with considerable risk a current prices. What if you’re looking for a more balanced portfolio instead? Here’s a high-quality portfolio to beat the market, with over 120% return since 2016, versus about 60% for the S&P 500. Comprising companies with strong revenue growth, healthy profits, lots of cash, and low risk, it has outperformed the broader market year after year, consistently.