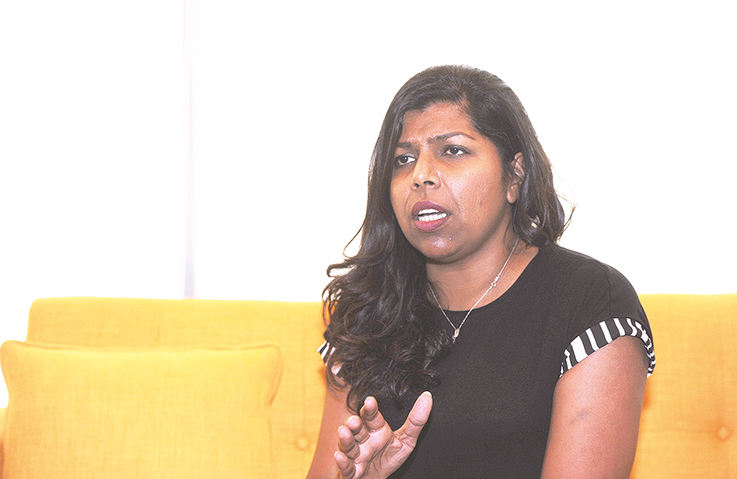 Organisations and ministries could start with identifying individuals who have talent for data skills, says CEO

THE incorporation of big data in public and private organisations is likely to enhance development while promoting transparency in governance, said The Centre of Applied Data Sciences (CADS).

Its CEO Sharala Axyrd (picture) said however, a lack of foundational skills in that area hinders ministries to get involved in the usage of data out of fear of data breach which could risk national security.

She suggested that the government and private sector develop “soft ministries” which are more focused on directly assisting the people and meeting their basic needs.

“You may question why it should begin with ministries which are not mainly focused on technology, but it has to start with the people and identifying where you can help build the people. It has to be a mandate,” she told The Malaysian Reserve in a recent interview.

She pointed out that the challenge that usually emerges with digitalisation expansion is not having a clear guideline on the data analytics implementation strategy.

“Every government that came in since 2018 has talked about analytics and wants to promote transparency. But then, they ask the same question, why is it difficult?

“It is because people do not know what is needed and how to share data. It becomes a massive data and then it becomes a paralysis,” she said.

Axyrd said organisations and ministries could start with identifying individuals who have talent for data skills.

“Outsourcing of talents to steer the company towards data science is not the best method that a company can opt for, as there are usually sufficient employees in an organisation which can fill in the shoes of data experts if they are given adequate training,” she said.

Among the basic skills required within the talents are communication skills, data visualisation and programming talent.

“The reason it takes so long for companies to embrace data is because they are waiting for a unicorn which is a data scientist.

“Companies need to know that there is no one person who can have all of the skills required to be a data analyst, data scientist or data engineer.

“Stop looking outside. Those that started the journey two years ago now have a residential data scientist instead of waiting for a unicorn, which requires you to pay a lot,” she added.

Millennials are the best group of individuals to learn data as not only are they digitally savvy, they are also willing to take risks and venture into a new field.

Axyrd noted that one of the biggest successes in upskilling involves fresh graduates.

“They go in and make a better impact than existing people who are already in the company. It is because they are fresh and more digital savvy.

“They are willing to try something new and take risks. Those are characters that are needed.”

Following on that notion, Axyrd is adamant for the government to abolish the practice of streaming students in schools.

As mathematics is fundamental in data science, she said every student should also learn additional mathematics to get a grasp on the subject which would help them in their career when they decide to work around data.

Companies Need to Look Within

A new concept of technology will have its string of problems and she identified two main concerns within an organisation in its effort to embrace digitisation that are capital investment and the knowledge to understand the expertise needed.

Being an organisation which enables innovation and provides services such as skills training and talent development, Axyrd said CADS has seen many organisations which failed to succeed in digitalisation.

“It is important for companies to see who are the internal people they can upgrade and then immediately put them in the team to start working around data science. The whole company needs to speak the same language.”

With the right knowledge and understanding within the organisation, she said a company will have a clear insight on where and what they need to invest in to familiarise themselves in the sphere.

She added that investment in data-related matters has to be “the pulse” of a company to sustain growth in the future.

“Upskill and reskill the talents so that you do not lose out on people who already exist in your company. You would have all these resources available and it is great to be able to tap on that.”

“When you become an innovative country, you get better access to many facilities, medicine and education,” added Axyrd.